Don’t you love how every epic saga starts with the main character going through their usual routine for the millionth time?

Cinderella sweeps the hearth and endures the same familial abuse.

Katniss goes to the Reaping and faces the same brutal injustice.

Lyra prowls Oxford and hides from the same protective grownups. (If you haven’t read the His Dark Materials trilogy by Phillip Pullman, please cancel your plans and remedy this oversight immediately.)

And then something bizarre happens. A fairy godmother shows up, a familiar name is called, someone slips poison into a glass. In a moment, the journey begins.

We love these stories because we see ourselves in them. We go through our same old routines, secretly imagining that someday, something extraordinary might happen.

Our favorite stories remind us of this fundamental truth: we have no idea what tomorrow might bring.

It was a Tuesday morning like any other. I made coffee and savored 15 minutes of stillness before I began writing. Then, when a client meeting was over, I checked HuffPo Women to see how my latest post was faring.

Shocked, I nearly fell out of my chair. The post had gone viral. Editors placed it on the front page of the section, and it received 15k likes in less than 24 hours. Eventually, the like count climbed to 40k. 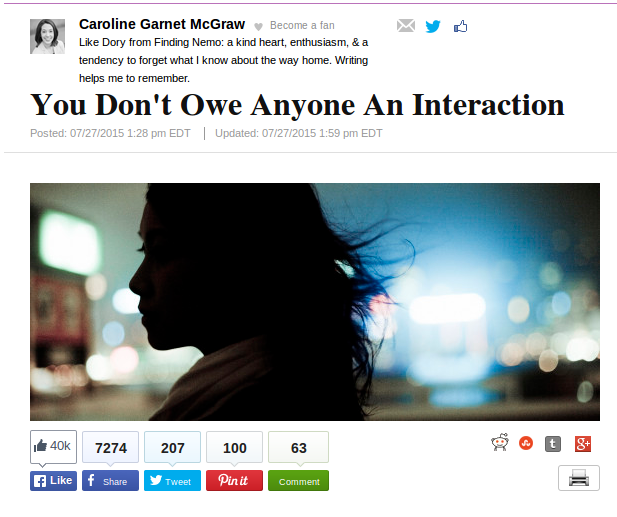 Arianna Huffington tweeted the post. It was translated and reprinted in Italian and French. We welcomed new readers here, for a current total of 1,329 subscribers. I’d hoped that the essay would do well, but this was wild. Totally unforeseeable.

Totally unforeseeable, that is, except for the ‘random’ thought that flickered across my mind that Tuesday morning: “What if the post makes the front page of the section?”

My knee-jerk response was to guard against disappointment: “Yeah, right! It’s not good enough. Don’t get your hopes up. That’s not realistic.”

But then a defiant part of me spoke up, silencing the inner critic. It said, “Honey, you gave that post your best effort. You wrote and edited that essay every morning for a week before you submitted it. Someone’s work has to appear on the front page, so … why not yours?”

In that moment, I knew that I’d changed. Despite the temptation to shut down hope, I’d embraced the vulnerability that comes with dreaming big. And that’s why I felt content before I learned that the post had gone viral.

As I wrote last year:

“On the drive down [to speak at TEDxBirminghamSalon], I confessed to Jonathan that I used to think only ‘special’ people could give TEDx talks. He sagely pointed out, ‘They have to have real people up there. They have to choose somebody; why wouldn’t it be you?’

This is one of the greatest gifts you can give another person, the devil’s advocate question, Why not you?“

At this point I must address the obvious: I have considered retitling this blog, “Wisdom Sayings of Jonathan McGraw.”

The morning after the post went viral, I settled in for my usual 15 minutes of stillness. When I did, a shame attack arose: “Who are you to have a post go viral? It was a fluke. You’re not good enough.”

Thoughts of celebration were replaced by dread. You know the feeling: It’s that horrible, pervasive sense that you don’t deserve happiness, however hard-won it may be.

But then I glanced at my hands, and I noticed something interesting. 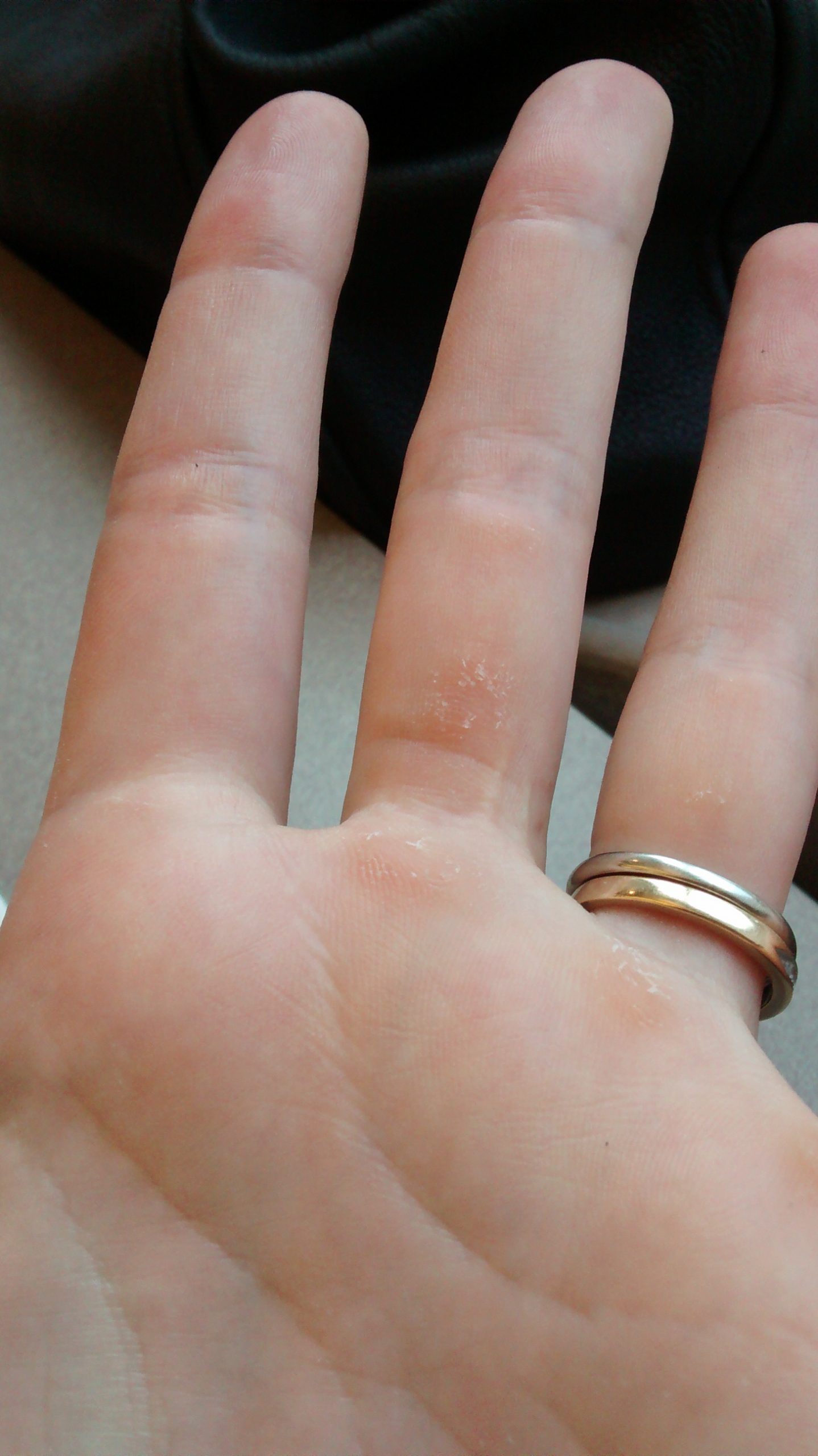 Do you see them? Those dry spots are callouses. I have them because I’ve been lifting weights three times per week for months.

And those callouses got me thinking. If I do extra deadlift reps with 80 pounds one week, I don’t question whether or not I’m worthy of lifting 85 pounds the next week. Rather, I step into the worthiness that I’ve worked for, accepting it with gratitude.

So as I stared down at my hands that morning, it occurred to me that I have blogging ‘callouses’, too: 206 published posts here, and 100+ guest posts. If I were arguing against self-doubt in a court case, I’d use these posts as exhibits.

Having a post go viral is grace, yes, but I couldn’t have received that grace if I hadn’t put in the work. I can’t predict an editorial team’s choices, but I can decide to write, submit, and take risks.

Liz Gilbert puts it this way in Eat, Pray, Love: “You have to participate relentlessly in the manifestations of your own blessings.” And when I understood that I’d actually done that, shame slunk away. 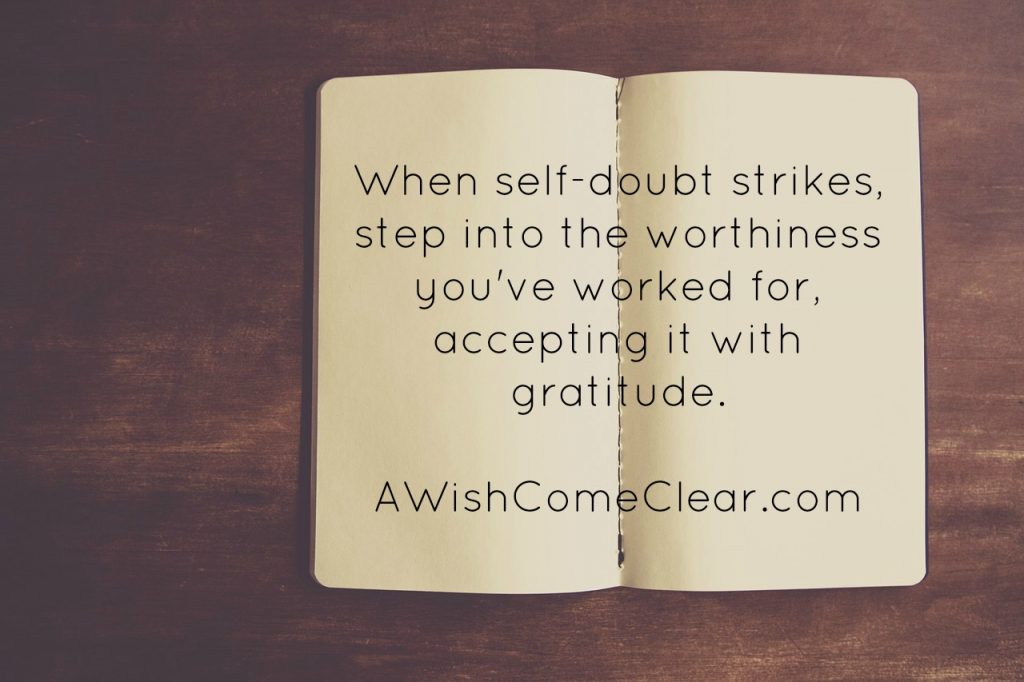 A friend of mine has written a novel, the result of five solid years’ work. Now she’s sending her book out to agents, and I can’t help but feel confident.

I believe both because her book is good and because she has been faithful. Somehow, someday, her book is going to be published. I can see it happening for her.

And if you’re willing to participate relentlessly, I can see it happening for you, too.

Pick a cherished creative dream that you feel is out of reach. Then, look for your ‘callouses’. Have you been showing up to practice? Have you been auditioning? Have you received positive feedback from trusted sources?

And once you’ve done that …

What’s your big dream, and what are your ‘callouses’? Join the conversation in the comments!