When I first saw her, she was striding across Connecticut Avenue.

Not in a crosswalk, mind you … in the middle of the road. She had bright blond hair and a dark tan, and she was walking across what DC residents know is a very, very busy street. At rush hour. With a pronounced limp. In fact, she seemed to be almost dragging her right leg.

Cars honked their horns, stopping abruptly to avoid her. Still, she carried on. 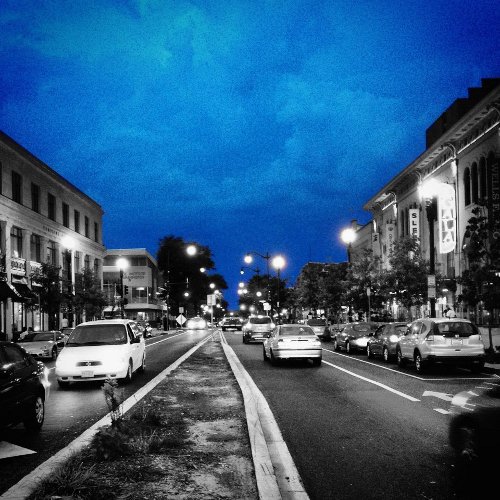 Busy DC street.
Locals will recognize this as 14th St NW, not Connecticut Ave NW. Both are, of course, quite busy.
Photo Credit: Rachel Zoghlin

I was standing on the opposite sidewalk, and she was coming right toward me. I couldn’t help but notice her and feel concern. At the time, I was working with a caregiving organization, so assisting people with mobility challenges was second nature. I started to step forward, thinking I’d offer her a hand up the curb.

But it was not to be. “What are you looking at?!” she said, her voice an angry snarl. “Didn’t anyone ever teach you that it’s not polite to stare?” With that, she rushed past me into the crowd.

At the time, I was devastated at the thought that I’d (inadvertently) added to that woman’s pain. Her angry words were a rebuff: How dare you notice, how dare you care? I felt shamed for feeling compassion.

For a long time, I didn’t understand why she’d lashed out at me that way. But then, a memory surfaced; it was from years earlier, a summer afternoon when I went running through my parents’ neighborhood.

I was home from college or work, and my younger brother Willie (who has autism and struggles with challenging behaviors) was having a terrible day. I don’t remember the details, but I know that they weren’t good. And I couldn’t deal with it.

So I put on the tie-dyed tank top that my cousins made for me and my favorite sky-blue running shorts, and I headed out for a run. I ran and ran, and along the way, I realized I was angry. Very angry. In fact, anger was fueling every step I took.

So when some guy whistled at me and made a comment to the effect of Girl, you look good, I just … snapped. In a dramatically uncharacteristic move, I shouted: “SHUT UP !!!”

Silence. The poor guy had no idea. I kept running with tears in my eyes.

On that run, I was a time bomb, ready to detonate at the smallest provocation. Just like that woman I saw on Connecticut Avenue years later.

When she snapped at me that day, I was too stunned and hurt to understand what was going on. But when I hold the two stories together — me on that run, her crossing that street — they are mirrors.

I don’t know anything about her circumstances, but I understand that sometimes, when we’re trying not to take our anger out on those closest to us, we end up taking it out on strangers.

Before, I saw that woman as a terror; now, I see her as a sister.

And when I look at her in that light, I also understand this:

” … Whether we’re with our kids or without our kids or in an office or traffic or a makeup chair [,] we are always RIGHT IN FRONT of somebody who needs love.” 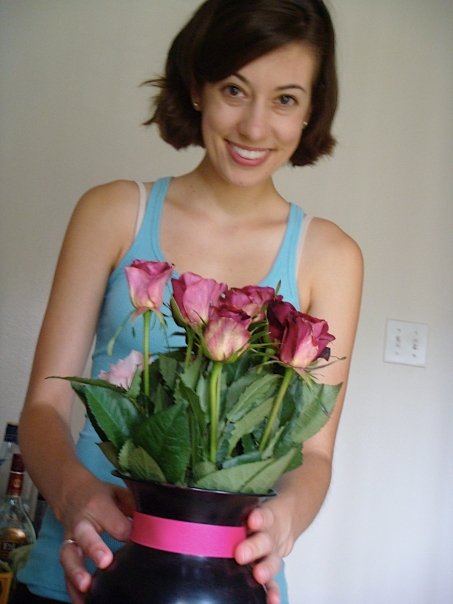 When I read those words from Glennon Melton of Momastery, I pictured that woman on the DC street. And I realized that I didn’t have to be afraid of her anymore. And I also didn’t have to blame myself for not knowing how to respond to her anger.

Instead, I could see her as a teacher, someone sent to show me my own capacity for rage. Someone sent to help me forgive us both. Because in the end, she was, quite simply, someone who needed love.

Who’s right in front of you? Join the conversation in the comments below!