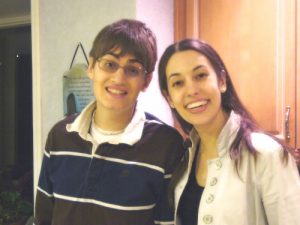 Here’s my theory: moving is like throwing a stone over the lake of your life — eventually, the ripples reach to every part of the water.

I arrived at this idea as I talked with my mom this week. In the course of conversation, she said, “Your brother keeps forgetting to say “Alabama” instead of, “Washington, DC” when he prays.”

Every night at supper, Willie prays: “Thank you God for heaven and for prayers, and for food, and for my sister Caroline and Jonathan in Washington, DC … ”

Remembering this, I felt a sinking sense of guilt; not only had I left dear friends in Washington, but I’d effected a significant revision in my brother’s prayer as well. I’d moved 750+ additional miles from him, and I’d disrupted his daily routine in the process. My mind kicked into self-blame mode; Great job, sis! I thought.

“That makes sense,” I replied, feeling downcast. “After all, he’s been praying for me in Washington, DC for 5 years now, and for Jonathan and me for 3 years. That’s a long time.”

But just as I was worrying about possible disruptive effects on Willie’s psyche (not to mention our relationship), my mom said, “He thinks it’s hilarious whenever he starts to say the wrong place.”

“He does?” I said, incredulous. Here I thought of this as potentially devastating, and he thinks it’s funny?

Of course, I thought. Willie’s favorite kind of humor involves purposeful mistakes; that’s how he coined the phrase, ‘A Wish Come Clear’. And he’s learning the wisdom of the oops when it comes to giving himself grace. 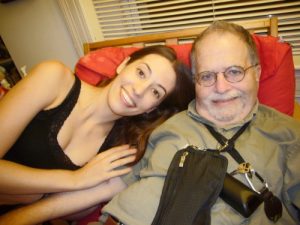 Leave it to Willie to sweep self-blame away with laughter. And his unexpected reaction reminded me of saying farewell to the folks at L’Arche DC (a faith-based non-profit where people with and without intellectual disabilities share life together in community). I’d been a part of the L’Arche DC community for 5 years, and the thought of saying goodbye was painful.

And yet the goodbyes themselves were … shockingly casual. Even as a part of me thought, You’re leaving after 5 years, for heaven’s sake! Shouldn’t this be more dramatic?, a wiser part knew that drama was the last thing that was needed. The core members (adults with intellectual disabilities) at L’Arche have said myriad farewells over the years; goodbyes are practically woven into the fabric of their lives.

When I hugged Miguel* for the last time, he was tired, and more interested in going to bed than saying goodbye. When I said adios to Pedro, he gave me a wave and kept doing his artwork. And even as I posed for a final photo with Leo, an assistant was standing by to help him finish his evening routine. In other words, life was going on, all the time. 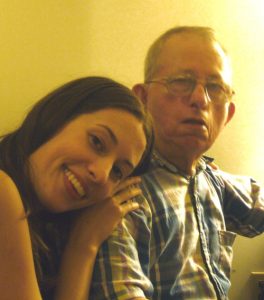 As I walked away from the house, I let myself grieve. Yet even so, I felt a surge of gratitude for those I have been blessed to call friends. And if what I fear most comes to pass — that is, even if those simple goodbyes mark the last time I’ll see certain faces in this life — it will be all right, because I believe that we will meet again.**

With all of these things in my heart, there was just one thing that I could think to say to my mom.

“To your favorite brother? Of course,” she said, and put down the phone to call him over.

I felt as though I was exactly where I was meant to be:

standing at a new shore, watching ripples of change flow

out to the edges of my life  …

Yet still listening for the sound of a beloved voice.

What has helped you to let go of false guilt & self-blame in a time of change?

Join the conversation in the comments section below!

**”I believe that this life is not all; neither the beginning nor the end. I believe while I tremble; I trust while I weep.”  – Charlotte Bronte, Villette