Here’s the truth I need to share with you today …

When we when we move through life at a breakneck pace, it adversely affects us, and other people.

True emergencies aside, many of us have a real problem with pace. We find ourselves moving frantically through our days. Even so, we’re haunted by the knowledge that life’s most beautiful gifts – like real relationships and lunches with life-long friends – just can’t be rushed. 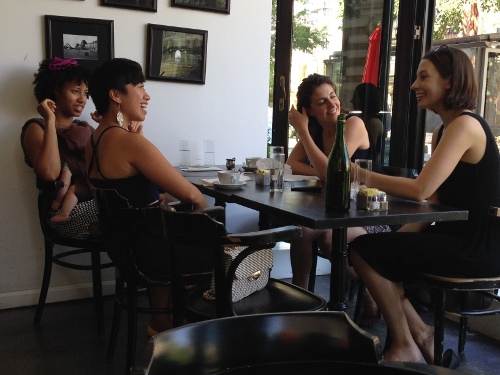 We’re Tired of Rushing Around

When we leave the house late because we wanted to get just one more thing done … when we schedule too many meetings with no downtime … when we commit to an epically exhausting itinerary … we increase our physical and emotional stress responses.

Plus, we don’t do these things in a vacuum. Other people can feel our rushed energy, and it takes a concerted effort for them not to ‘catch’ it from us.

Training to Slow Down

As Hannah Brencher writes in How to Be “Less Busy”, “I say I want to be ‘less busy’ but I forget that ‘less busy’ is something you must train yourself to be.”

And when we do train ourselves to slow down, we can make a tremendously positive contribution to our families, our communities, our world.

If we want to enjoy the upcoming holiday season rather than dread it, we need to examine our pace of life. What if instead of rushing, we made a commitment to being generous with ourselves, to taking the time we need? 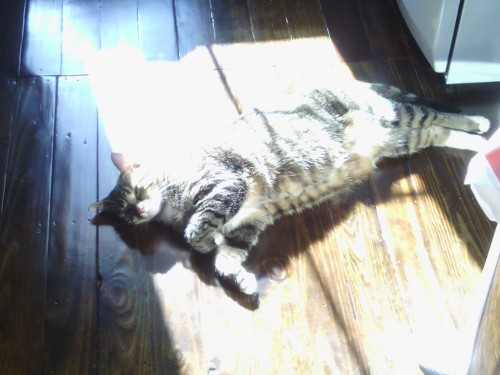 Bootsie the cat: sunbather and master of taking her sweet time.

Here’s an account of a time when I decided to give it a try.

Last summer, I drove to Birmingham, Alabama for a mandatory TEDx training, a four-hour round trip journey. Upon reflection, I realized that the trip was pleasant for a specific reason: it lacked the stresses that I associate with travel.

Since I’d integrated concepts like ‘prepare early,’ ‘leave a buffer,’ and ‘allow margin time’, there was no last-minute scrambling, no frantic feeling in my stomach.

I’d given lip service to these ideas in the past, but I’d never fully embraced them. ‘Prepare early’ and I were good friends, but ‘margin time’ and ‘leave a buffer’ and I were only casual acquaintances. We’d cross paths and kiss cheeks once in a while, but we never really connected.

Instead, I’d budget barely enough time to get from point A to point B. Sometimes, this meant arriving on time at yoga because every light had been green … but sometimes it meant slinking into a doctor’s office late after a wrong turn decimated my timetable. Though I was (mostly) punctual, the rushing caused unnecessary stress.

The Trip to Birmingham

The solo trip to Birmingham was an opportunity to practice new habits. With some deliberation, I chose to leave at 2:30p, three and a half hours before my 6p meeting. Part of me feared that I’d lose productive time, but I realized that I could read emails on my phone as needed.

After stopping for gas, I arrived in Birmingham at 4:50p. In the remaining hour and ten minutes, I parallel-parked, found a bathroom, ate the picnic supper I’d packed, brushed my teeth, located the meeting room, and arrived on time.

By the end of the night, I was a margin-time convert.

In times past, I would have started that drive later. Then I’d have been frantic when the car needed gas, or when I didn’t find street parking. I’d have had to park in an expensive garage, and go hungry or pick up an overpriced salad. I would have gone into the training frazzled and unhappy. 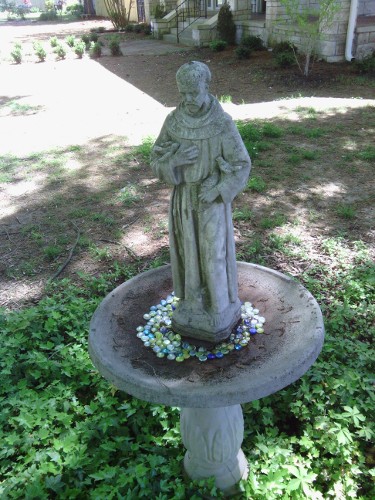 The Gift of Margin Time

That day, I made a radical choice: to give myself the gift of margin time. I’d claim the hours I needed to make travel pleasant, not just bearable. And in doing so, I’d be tackling an insidious aspect of perfectionism.

Perfectionists like us don’t feel comfortable with having needs, so we go through life lying to ourselves and others. We’re afraid to give ourselves what we need – sleep, food, time – because we believe that a perfect person wouldn’t need those things.

I mean, who are we to require nine hours of sleep, or three and a half hours to get to Birmingham? We’re human beings, that’s who we are. But since we’re uncomfortable with being real rather than superhuman, we find it difficult to be honest about our time.

Adding margin time to our schedules is an exercise in claiming what we need; it’s a powerful spiritual practice. It grounds us in our own humanity. It prevents us from believing our own self-aggrandizement.

As Greg McKeown notes in Essentialism, most people make faulty public estimates of how long a given task will take. However, people’s private estimates are far more accurate.

As always, fear and pride get us in trouble. We want to appear heroic, so we say that we’ll be there in ten minutes when the trip actually takes twenty.

Can we come through? Sometimes. But it comes at a high cost to everyone involved.

There’s a difference between bravado and bravery, between cockiness and courage. As Glennon Doyle Melton said in her TEDx talk, “Lessons from the Mental Hospital,” “It’s braver to be Clark Kent than it is to be Superman.”

It’s braver to be a human being, with needs and feelings and hunger, than to be an impossible paragon of strength.

This holiday season, which one will you be?

Tired of rushing around? How might you honor your own humanity and limits in this season?

Join the conversation in the comments below!

New! Guest Post at The Laundry Moms: When You Fall for the Too-Busy Lie