Our current series, “Spend It Offering Light” (#OfferLight) continues today with a beautiful story from writer and autism parent Liane Kupferberg Carter and a giveaway too!

In fact, from here on out, each post in the series will include a giveaway. First time reading? Learn the story behind our series here. “Spend It Offering Light” features real people turning their fears into something that helps others, into light. Please welcome Liane Kupferberg Carter! 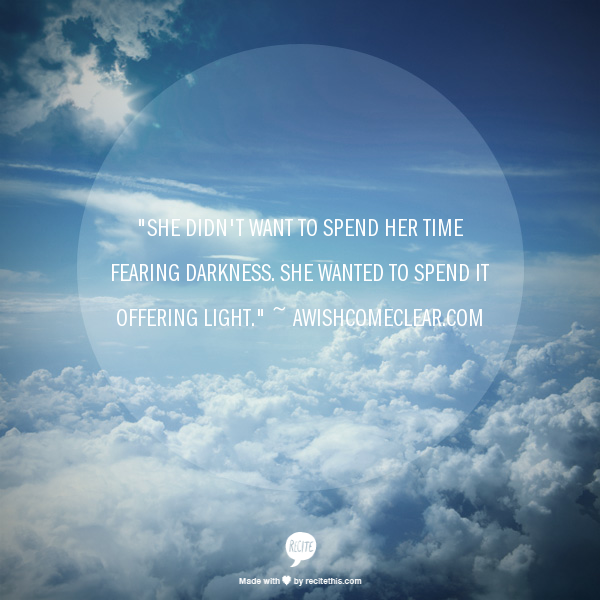 My husband and I had grown increasingly uneasy about our second child Mickey. Though a warm, engaging baby, he showed no interest in playing Peekaboo, How Big is the Baby, or waving bye-bye. At monthly visits the pediatrician assured us all was well.

But by 18 months, Mickey had only three words, which is why fourteen years ago we finally found ourselves sitting in a cubicle at a major teaching hospital. A team of unsmiling experts spent two hours poking, prodding, and measuring our son, asking him to draw a straight line, stack cubes, put pegs in boards.

I perched forward to catch the doctor’s words more fully, hoping to hear how adorable, how promising my child was. Instead, she said: “Don’t expect higher education for your son.”

It felt as if we were looking down an endless, dark tunnel. Our radiant little boy had just been diagnosed with an autistic spectrum disorder. How could she make such a prediction about a child not yet two? we asked. There was no doubt, she said, that he was “special.” A puzzling word. For if he was special, did that make our other, older son Jonathan ordinary?

Just as you go through predictable stages of grief and recovery when someone you love dies, so too, learning to scale back your expectations and dreams for your child is an equally painful process. We began the endless rounds of therapy: speech, occupational therapy, sensory integration, physical therapy, vision therapy, auditory integration therapy, behavioral therapy, play therapy, dietary and biomedical interventions.

At first my mood was only as good as the last therapy session had gone. It was a lonely time, as I stumbled around in an unlit room of my dark imagination. I felt isolated by my anguish, as friends and relatives rushed to dismiss my fears. “Einstein didn’t talk till he was four. Give him time and he’ll snap out of it. Boys talk later. Don’t compare your children.”

In the next year and a half, Mickey learned to recognize letters and numbers, and showed a keen interest in reading signs and license plates. I was waiting for a “Miracle Worker” moment, a breakthrough where he would suddenly begin speaking in paragraphs.

Naively, I still assumed that with enough intervention he’d be fine by the time he reached kindergarten. One night at bedtime, he offered a first full sentence: “Mommy, snuggle me,” and my eyes filled.

Adrift in a Foreign Country

Disability seeps into all the cracks, the corners, of one’s life. It becomes the emotional center of the family. Sometimes I felt as if other, “normal” families were feasting in a great restaurant, while the four of us were standing outside, noses pressed to the glass.

Birthday parties for other children were sometimes unbearable, as my child, so clearly different, was unable to bowl, do gymnastics, or participate in any other activity. People often stared at him. Equally painful were Mickey’s birthday celebrations; I couldn’t help remembering just how much his older brother Jonathan had been able to do at a comparable age.

I was adrift in a foreign country, without a guidebook, and I didn’t know anyone else who lived there. Those first few years with Mickey were like living with someone from another culture, and it was our job to teach him the ways of our world.

Slowly, we learned the language, as I dogged my son’s therapists with questions and requests for more information and articles, reading voraciously, going to workshops and conferences, acquiring a new vocabulary.

You adapt. Mickey was impulsive, and would often dart away in public or dash out of the house; we put a special lock on the front door. He frequently dumped every book and toy from his shelves; we stripped his room to a minimum of play materials. Loud noises — even the whir of elevators — disturbed him so much he would cover his ears and hum; we avoided crowds and learned to take the stairs.

And yet, for all that he could not yet do, there was so much about him that was intact. He was unfailingly sweet, carrying his collection of Puzzle Place dolls everywhere, hugging and kissing them, feeding them pretend food. He would line them up under the bed covers, whispering “ssh, take a nap.” Given the depth of his issues, his affect, his warmth and his sheer vibrancy seemed extraordinary.

The summer before kindergarten, Mickey lost his first tooth. We hadn’t even known it was loose, because he still lacked the words to tell us. It was a bittersweet milestone. I remembered vividly the flush of excitement when his brother Jonathan lost his first tooth. Though Mickey seemed pleased to show off the gap in his teeth, and we cheered for him, there was no elaborate celebration this time. The tooth fairy was too abstract for him.

The age of five was also the magic cut-off point I’d always imagined when all would be well. But the first day of kindergarten, I stood in a huddle with the other mothers and watched through the window of the special ed classroom as Mickey lay on the floor and said repeatedly, “I go home.” But in the next year, he learned to follow classroom rules, and began to read. That year, when he told us his first knock-knock joke, we celebrated.

As the years have passed, I have learned to wear emotional blinders. I stay tightly focused on Mickey, celebrating every change I see. I try to tune out what other, neurotypical kids his age are doing, because the gap is still too painful. Mostly, I try not to compare him with his brother Jonathan, an excellent student who is athletic, funny and well-liked. Their trajectories are so different.

It was hardest when Mickey was a toddler; if I did not remember every one of Jonathan’s developmental milestones, there they all were, lovingly chronicled — by me — in his baby book. Comparing the boys is sometimes tempting, but dangerous. I must hold separate, realistic expectations for each.

Most support comes, not surprisingly, from other parents of children with special needs. When I finally connected with them after those first hard years, it felt as if I could take a deep breath after holding it too long. Today we talk with bottled eagerness, like war veterans sharing their fox hole experiences. And though each of our tours of duty is different, we all long for our discharge orders.

How do you do it? I am often asked. I give the same answer each time. I wasn’t given a choice. I just do it, one foot after the other. I have to be his advocate, because as wonderful as the therapists and teachers are, they go home every night. We are his ultimate teachers, the ones who are in it for the long haul. There’s nothing particularly noble about it. We do it because it has to be done.

Both Joy and Grief

Acceptance doesn’t mean giving up, and it isn’t a constant state. Grief and anger still rear up unexpectedly. I still get tired of the relentless effort, the struggle for normalcy, the endless round of therapies and school meetings and fights with the insurance companies. This process of healing is a destination without an arrival. There is no cure, no magic bullet. Joy and grief are joined in lock-step.

Ultimately, what buoys our family is hope. When I look at this child, I do not see “autism.” I see my child: an animated, endearing, and handsome fifteen year old with a mischievous sense of humor, who despite the early dire predictions, has learned to speak and read and do math.

Parenting this trusting, gentle boy has deepened me immeasurably. But would I trade in my hard earned equanimity and expertise if someone could magically make his challenges go away tomorrow?

A few years ago, I heard a story that changed the way I framed my feelings about having a child with a disability. Itzak Perlman was giving a concert. He made his way on crutches to the stage, seated himself, and took up his violin. He began to play, when suddenly a string snapped.

Perlman looked around, seeming to measure the length of the stage, how far he would have to go on crutches to fetch a new string, and then seemed to decide that he would do without it. He lifted his violin and began to play, and even without that string, he not only played; he played beautifully.

This is what it is like to have a disabled child. It feels as if you’ve lost a crucial string. And then, painstakingly, you must learn to play the instrument you’ve been given.

This piece originally appeared in Autism Speaks’ “In Their Own Words” column; it appears here with permission from the author. 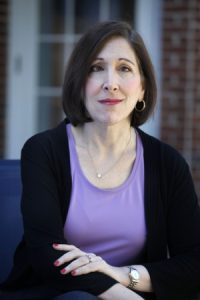 Liane Kupferberg Carter is the mother of two adult sons, one of whom has autism and epilepsy. As a community activist, she co-founded the special education PTA in her school district, as well as the town’s sports league for children with special needs, and co-authored a parent resource handbook for the school system. As a member of the Autism Speaks’ Parent Advisory Committee, she helped edit the Transition Tool Kit. She also serves on the Stakeholder Board of the Autism Science Foundation, and has reviewed grants for both organizations.

Liane Kupferberg Carter is also a journalist whose articles and essays have appeared in more than 40 publications, including the New York Times parenting blog Motherlode, the Chicago Tribune, the Huffington Post, Parents, McCall’s, Skirt!, Babble, The Thinking Person’s Guide to Autism, Autism Spectrum News, and numerous newspapers and literary journals. You can follow her on Twitter or on Facebook.

How will you “spend it offering light” this week? Join the conversation in the comments below!

One commenter will be chosen at random to receive a free copy of my Kindle Single, I Was a Stranger to Beauty (ThinkPiece Publishing, 2013). Selection will happen Friday, April 25 at 12p CST.

Update: Congratulations to Alicia and Michael! Both received free copies of I Was a Stranger to Beauty courtesy of ThinkPiece Publishing.