Confession #2: This our ninety-sixth (96th!) post here at A Wish Come Clear. You’d think I’d be over feeling insecure about sharing my life stories in this way, but no. Vulnerability packs a punch. Every. Single. Time.

Confession #3: For the last four weeks, I have not felt like myself. I had what I thought was the flu last month, but I’ve not been able to bounce back from it. And then the telltale spots appeared.

I get embarrassed about this, because, like a true American, a part of me considers illness to be some kind of personal failure. It’s like getting an F in an imaginary health class. (I much prefer A’s.) 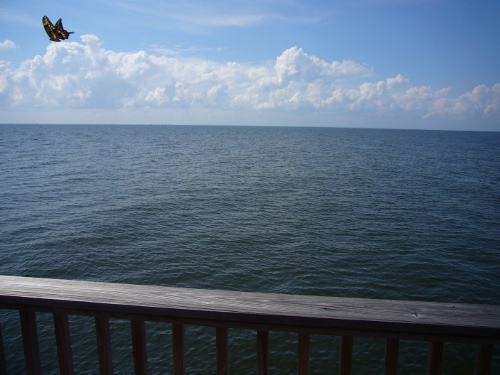 But worse than the sense of personal failure is the sense of disorientation, the feeling of not knowing why this has happened again. It’s the feeling embodied in the look several doctors have given me, an admixture of pity and distress. It’s the look that says without words, “Poor thing. What’s wrong with her?“

And so, when I finally figured out why I was sleeping 11 hours a night and couldn’t get enough rest … I did not take it well. There was no zen calm, no acceptance. Instead, there were tears. There was deep frustration, made worse by various complications that (initially) prevented me from getting the care I needed. So I curled up and waited for the oblivion of sleep.

When I woke — about 12 hours later — I was still exhausted. There was a dull pounding in my head, and an ache in my spine. But as I came to consciousness, a small butterfly of a thought alighted on my mind.

For some reason, I started thinking about my brother Willie, and how, on top of everything else, he’s dealing with recurrent cold sores (which result from a variation of the same virus I have in my system). It was such a small thing, the flutter of questions that followed, but it was enough.

Here’s what flew into my thoughts: What if dealing with this illness for the third time isn’t pointless? What if, instead, this experience will be of service when it comes to helping my brother to be well?

All of the sudden, everything was reframed. Perhaps me being sick wasn’t a personal failure or a cosmic punishment. Perhaps it could be, in some small way, of service someone I loved. With that, the butterfly swooshed its wings and flew away. Yet the beauty of that insight stayed with me, and I headed off to a clinic with newfound purpose.

And it occurred to me: Just about any difficulty we face has the power to set someone else free. If we go through our challenges with as much grace as we know how, if we allow them to deepen and change us — they can have power beyond what we can imagine.

True, reframing is simply the act of changing our perspective by altering the stories we tell ourselves. Yet I can tell you that once I did this, I saw every circumstance with new eyes. Yes, I had to wait for the bus, but it was such a beautiful day outside. Yes, I had to travel a ways to get to the clinic, but Sarah, the nurse who met with me, was like an angel* sent from heaven.

I’d brought my past medical records with me, prepared to go to the mattresses to get treatment. Instead, Sarah was sympathetic, thorough, and entirely supportive. Her voice and manner were kind and reassuring; she was nothing like my former doctor, who had seemed almost disgusted when I showed up at his office with shingles the first two times. Her compassionate caregiving helped to heal both my body and my spirit.

It was the best gift I could have received: prompt, caring treatment. And I didn’t take it for granted for a moment. I felt as though when I’d prayed that most plaintive, child-like prayer (“I just want my Mom!“), God had heard, and sent me to someone who gave me the kind of care that my mom would have offered, had she been with me.

And as my consult drew to a close, I couldn’t help but wonder what Sarah had been through in her life that had taught her such empathy. What had she been through that allowed her to care for me this way? What struggle had she allowed to shape her life and her caregiving?

It might sound overly simplistic to say that my experience of reframing (which led me to the clinic, and Sarah) saved my day … but then, isn’t it always the simple things that save us? A moment of connection when we need it most. A shirt that’s a grown-up security blanket in disguise. A choice to forgive instead of hate. A sip of wine, a morsel of bread.

Because someone, somewhere, needs exactly what you have to give.

What’s your ‘reframing’ challenge this week? Tell me in the comments!

Liked this post? Click here to receive new posts via email, along with Your Creed of Care: How To Dig For Treasure In People (Without Getting Buried Alive).

*To be sure, ‘angel’ is an overused term. But when Sarah asked me what I planned to do as I recouperated, I told her that a Gilmore Girls marathon was in the cards. And as I thanked her profusely and headed out the door, she said, “Say hi to Lorelai and Rory for me.” Heaven-sent or not, that’s my kind of doctor.