I had this dream one night.

In the dream, I was in my twenties. I was living with my parents in New Jersey, in the house where I grew up. Since my career had apparently stalled, a faceless, intimidating authority figure strongly recommended that I re-enroll in high school, to ‘get back to basics’ or something like that. 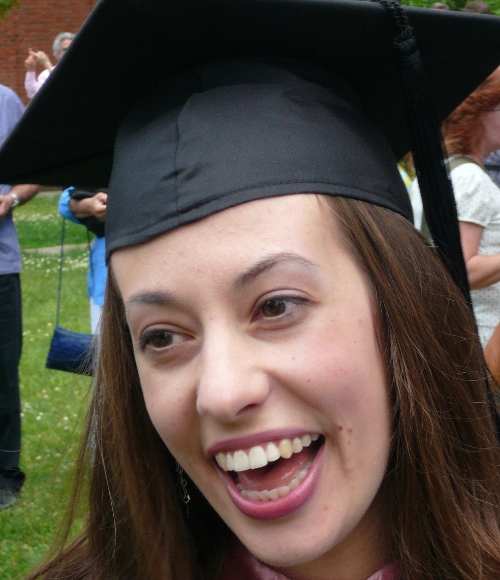 The thought of re-enrolling filled me with dread, but I did it anyway. I didn’t think I had a choice. For weeks, I struggled to re-learn my old routines, fumbling through locker combinations, math tests, and the like. I felt my spirit deadening with each passing day.

And then, right as I felt I couldn’t stand it any longer, I had a glorious, eye-opening moment. It was suddenly obvious: I didn’t belong in high school. In fact, I’d already graduated from another, better school. (Vassar!)

I had my whole life ahead of me, so why was I going backward?

It was so absurd, I started laughing … the kind of loose, wild laugh that comes out when you realize that you’ve been imagining those prison bars around you, that they were never really there at all.

I had choices. I had options. And I didn’t have to stay at that school one minute more. I woke up with my hand on the double doors.

I awoke the next morning with a sense of liberation singing in my veins. It was the kind of dream that’s more than a dream; that is, the kind that is trying to tell you something powerful about your waking life.

So many of us walk around believing that we’re trapped in our own lives. We make a soul-deadening decision because some dictatorial figure — real or imagined — told us that that it was ‘necessary.’ We don’t think we deserve to be free, so we bind ourselves. We don’t give ourselves permission to get out of a bad situation, to take care of our hearts, to do anything but re-enroll in high school.

But then, if we’re lucky, we find another way. We have a moment of illumination, or we meet people who give us the permission we can’t seem to give ourselves.

I think of how a long-term member of the L’Arche DC community came to work with the community full-time. Once upon a time, he’d been a lawyer, wearing nice suits, meeting with powerful people and enjoying a great deal of prestige.

He wasn’t entirely fulfilled by his law work — in fact, he longed to do something else — but the validation he received from just about everyone in his life kept him bound to that career. That is, until he started hanging out at L’Arche … and specifically, spending time with Theresa** and her housemates (who, years later, later became my housemates).

After a while, he realized that Theresa was perhaps the one person in his life who didn’t care one bit about all the ‘important’ things he did all day. Sure, she understood that he had a job; she just didn’t conflate who he was with what he did for a living. She didn’t treat him differently because he was an ‘important’ lawyer. 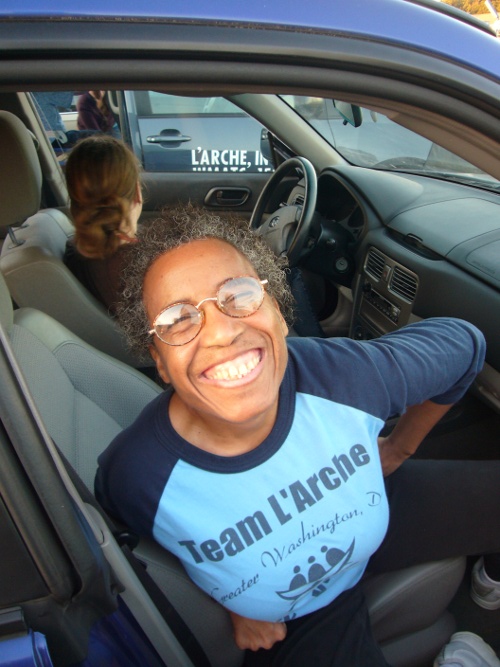 Just by being herself, she gave him permission to change his life. And so he took a leap of faith and went to work for L’Arche full-time. And who knows? Perhaps the ripple effects of that choice are part of how I ended up at L’Arche years later.

As Madeleine L’Engle writes, The pattern is closely woven.

And so today, I challenge you to look — really look — at an area of your life in which you feel trapped or helpless. Then, identify a step you could take that would move you toward a place of freedom and spaciousness.

If you need someone’s permission to take that step, you have mine. (And I’m pretty sure you have Theresa’s too.)

And now, I’m off to take my own advice. There’s an email I’ve been putting off for some time, probably because I need to apologize. Today, that email’s getting sent. That’s what will bring me closer to the double doors.

I’ll see you on the other side.

What’s your story of being set free? Join the conversation in the comments!

*L’Arche (French for ‘The Ark’) is a faith-based non-profit that creates homes where people with and without intellectual disabilities share life together.

**Names have been changed.