Since it’s the holiday season, I think it’s only right that I share a story about keeping love alive in a tense time. Because let’s be honest — if you’re human, you’re probably going to experience at least one moment of stress when it comes to spending time with your loved ones this year. Someone is going to do something or say something that will drive you a little crazy. (Or a lot.) When this happens, how will you respond? Will the difficult experience serve as a gift disguised as a dilemma, actually bringing you closer? Keep these questions in mind as I tell you about a time when I (inadvertently!) made my friend and fellow L’Arche community member Pedro* very angry with me. 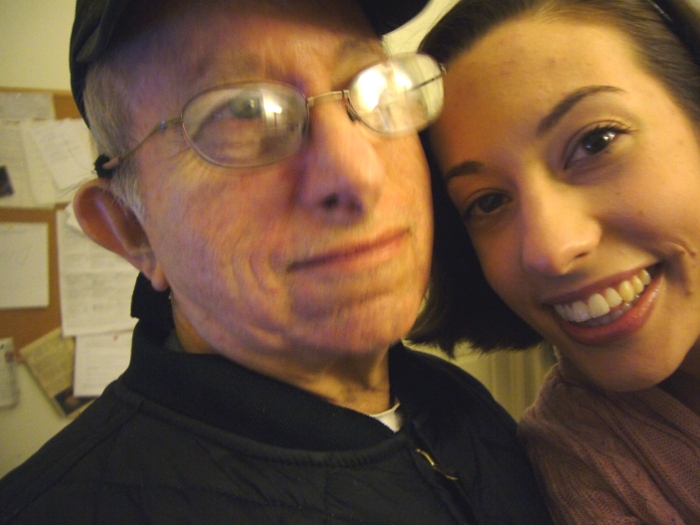 Pedro is a stubborn man, especially when he’s sick. And one night, he decides that socks are going to be his sticking point. The weather has just changed from summer warmth to fall chill, and Pedro wants to wear socks to bed. But last year, Pedro had a bad fall while walking from his room to the bathroom in the middle of the night wearing socks on a hardwood floor. As such, Pedro cannot wear socks to bed.

However, Pedro has a different view — namely, that his feet are cold, and that anyone who stops him from wearing socks to bed is an incompetent assistant, a Communist devil, or worse. We are going about evening routine as usual, brushing his teeth, unlacing his heavy black sneakers…until I try to take off his socks.

“No,” Pedro says. “No. Frío.” His fingers cling to the white cotton.

“Well, we can put on another blanket, or some warmer pajamas. How about that?” I say.

“No! No!” His jaw is set; his hands are trembling. I move my hands away, to show him that I’m not going to force it, but I do say: “Pedro, you have to take off your socks. It’s just not safe to wear them.”

His face gets very red. He leans down over the edge of the bed; I’m seated on the floor beneath him, and he’s yelling directly at me. Since I’ve spent a few months living at L’Arche, I can now understand enough Spanish to know what Pedro says when he’s upset. And this is the first time he’s really yelled at me. He’s so incensed, I think that he might slap my face. I sit very still, not moving. Eventually, he stops yelling. I get up, turning to face the door. I cannot quell the sobs that rise in my throat. I know that he’s ill, and just taking out his frustration on the nearest person, but I still feel as though he’s actually struck me.

“I have to go,” I tell him. “You shouldn’t speak to people like that.”

I walk down the stairs, shaken. I’m a new assistant, and I don’t know what to do when faced with such anger. I don’t know how to ensure Pedro’s safety and still respect his dignity, so I ask for help from a more experienced assistant. Upon my request, Pedro’s accompanier comes in to speak with him (and to try to get the socks off his feet). Despite her demure presence and melodic voice, he yells at her, too. After some discussion, she and I decide to give him some time to cool down. However, we agree that I should go back in, to show that Pedro’s yelling will not dissuade me from caring for him.

After twenty minutes have passed, I open his door slowly. The lights are out, and it takes me a moment to see into the darkness. And what I see is a big surprise: Pedro is lying in bed…with his bare feet resting alongside his blanket. He opens his eyes and says something about not wanting to take off his socks for the Communist assistant. But even so, he has taken them off.

And suddenly I feel towards him the way I used to feel towards my younger brother Willie, to whom I’d always say goodnight even after our worst moments of fighting. I know that I love Pedro, not because he behaves, but because he is Pedro. And because I know I love him, I am unafraid.

I kneel beside his bed, touching his white-haired head. I ask, “Can we pray?” Pedro nods. And I expect him to start speaking, as he always does. But he doesn’t. Instead, he raises one arm to the ceiling, reaching heavenward with the last of his strength.

So I pray for Pedro instead, that God would heal him. I pray for the people of his church, for the L’Arche communities around the world, for all the things that matter most to Pedro. I pray that God’s peace would be in both our hearts. As I pray, Pedro lowers his arm and wraps it around my shoulder. It feels frail, shaky as a baby bird’s wing. In this strange, grace-full, difficult moment, we find that we are family.

Since then, Pedro has had no problem taking off his socks at night, but now he removes them for me, as if to say, “See, it’s no problem for me to take my socks off.” He’s stubbornly independent even in his compliance, but what can I say? I love that about him.

How do you respond when someone you love is furious with you? Tell me in the comments!

Next, congratulations to Susan Anderson, winner of the Loving Lampposts DVD from last week’s post.

Finally, I’ll be taking a two-week hiatus from posting here in honor of the holidays.

Look forward to a new post on Monday, January 9th!

If you enjoyed this post, consider receiving new posts via email. You’ll also receive a free copy of “Your Creed of Care: How To Dig For Treasure In People (Without Getting Buried Alive).”