To the writer who is just starting out: before we talk about blogging or book deals, let me tell you a story about Maroon 5.

One of my closest friends from Vassar once told me about how he saw Maroon 5 play before they hit the big-time.

It was at a bar in Boston, as I recall. I was quite impressed, because at the time, “Songs About Jane” was everywhere. It played at parties, at my on-campus job, on my roommate’s computer. Maroon 5 was a big deal then, and they’ve become a bigger deal since.

But the people in that bar’s audience had no idea who Maroon 5 was (or would be). Nor did they care. They weren’t paying attention. They were drunk and rowdy. Eventually, Maroon 5’s lead singer had enough. According to my friend, Adam Levine lost it. He yelled at the crowd, “You’ll never stop us!” 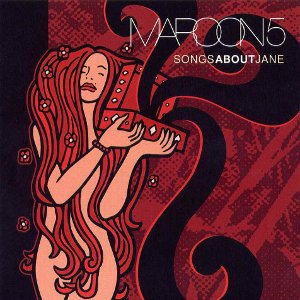 Somehow, this story has woven itself into the fabric of who I am. I’ve recalled it so often over the years that sometimes I think I really was there.

I wasn’t present, but I can picture it. And when I look closely, I see that the story isn’t about Maroon 5 or how cool it is to see a band before they ‘make it’. Instead, it’s a story about being an artist, a writer.

It’s a story about what it’s like to struggle, play, and perform in obscurity. And that’s why I’m telling it today.

To the Writer Who is Just Starting Out

Dear friend, you’ve just launched your website, and I’m so proud of you. It takes courage to put your writing out there. That’s a big deal, and you should celebrate.

But I have to tell you the truth: this is only the beginning. Starting requires strength, but carrying on? That’s the real miracle. 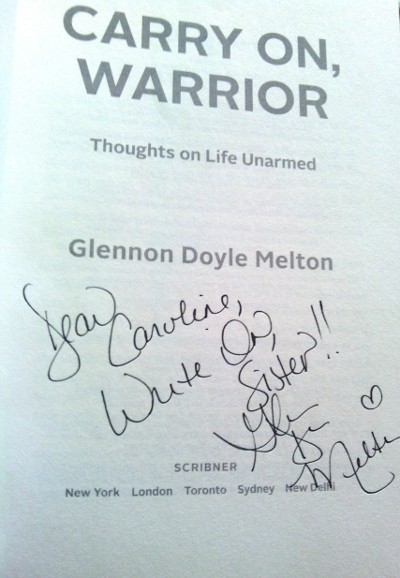 Sister, it is a long road. It isn’t easy to keep showing up and reaching out. Everything from tech support to tweeting will take longer than you think it will. But if you feel deep down that this is what you need to be doing, then just keep going.

You’re going to attend webinars, watch tutorials, and learn how to submit guest posts. And that’s all good and right and necessary. You’re going to put those lessons into practice, and that will help you to have faith for a while.

But one day you’re going to lose your mind, because despite your best efforts, (relatively) few people are going to read what you write.

And you’re going to be pissed. You’ll want to throw in the towel and quit.

Why? Because building something of value is harder than you thought it would be. In fact, it’s heartbreaking. (And if you’re not getting your heart broken – that is, if you’re not taking long shots and submitting your best work – you’re not risking enough.)

But you have some choices when it comes to that anger. You can let it defeat you, or you can let it fuel you to go all in.

Going all in means opening yourself up, being vulnerable. And we hate that, you and I. We’d rather pretend that we have it all together and thereby avoid the real questions: why am I doing this? What do I want? What do I have to give?

These are hard questions, but answering them honestly opens a door for self-acceptance. For example, there was a time that I would have denied desiring certain aspects of writer-ly success. Not anymore. Now, I own those wishes, rather than letting them (covertly) own me.

I want to serve and love and make a difference … and I want an agent and a book deal.

I used to think that those desires were mutually exclusive. I thought dreaming big meant that I was selfish and ungrateful for all I already have. Now, I think that wishing and hoping means … that I’m human. That I’m a real person, both altruistic and competitive … just like you, just like everyone else.

Truth? I want to inspire others, and I want to be able to justify a P.O. Box. When I mentioned this to my husband, he asked me why. “Well,” I said, brightly, “I would like to share stories with more readers, and for people to feel strongly about them to the degree it wouldn’t be safe to publish our home address because: stalkers!”

“Absolutely it is,” I replied. Why deny it? Going all in means we come face-to-face with the needy, intense, Dwight-Schrute-esque parts of ourselves, the ones we’d rather cover up and hide away.

So it’s important to be honest, to be real, to be yourself. But even if you do that, those old fears and doubts will crop up again. How do you carry on working and dreaming and hoping anyway?

Here’s what I wish for you: I hope you have your very own Maroon 5 moment.

I hope you choose your passion, even when it doesn’t seem to make sense to do so. I hope you get to that point of raw, beautiful defiance. I hope you say, in your own words and your own way: you’ll never stop us. 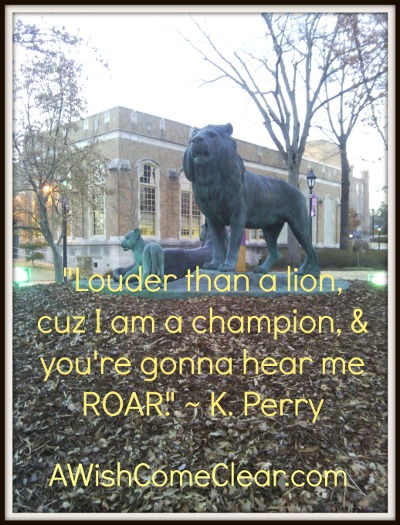 If it takes you three months or three years or three decades, I hope you get there. Because when you do, everything will change.

I’m not saying that the naysayers will turn around and support you, or that your dream will fall into place all at once. But what I am saying is that you will have found everything you really need.

When you arrive at that defiant place – when you say, Dammit, it doesn’t matter if anyone else believes in my work, because for once, finally, I do – you will have found yourself. Your voice. You will have joined the ranks of real writers.

We are a stubborn, tenacious bunch, but there’s always room for one more. And once you claim your place, you’ll understand what I mean when I say, in the words of Maroon 5 …

There’s no way we’re gonna give up.

Ever had a Maroon 5 moment? What would you say to a writer who is just starting out? Join the conversation in the comments!