Dear readers, if you missed last week’s missive, please go there first. It’s time to listen and learn from the people who are doing the hard work of shifting and healing systemic racism.

Also, when that email went out, the blog post link to Krystle’s free offerings was outdated. Learn more about Krystle’s work at her website.

Thank you to everyone who listened and wrote in, I’m grateful.

Whenever I ask for your feedback, a significant percentage of you say that you want to hear more about honoring and trusting your intuition.

So that’s what I want to talk about today. But before we can dive into that, we need to talk about why we have trouble with it in the first place.

Recently I heard authors and speakers Rob Bell and Kristen Bell use the phrase, “the hermeneutics of suspicion.” And something within me sat up and paid attention.

In the same way that an animal knows when a predator or prey is near, your body knows when truth is near.

Rob and Kristen talked about how the hermeneutics of suspicion is a fancy way of describing how we don’t trust ourselves.

Basically, it means that we look at ourselves and our inner knowing with mistrustful eyes.

We think that what we really want – and who we really are – is not fundamentally good.

If this describes you – please do not get down on yourself. This does not mean that you are broken, or that there’s something wrong with you.

Rather, looking at yourself with suspicion is the result of hundreds of years of conditioning; the belief that your true self is untrustworthy goes very deep in Western culture and religious traditions too.

It’s not your fault that you were handed a crummy pair of glasses. And also, the relationship you have with yourself is your responsibility.

You get to decide if you want to create something different – or more precisely, to unlearn all of the garbage.

Years ago, my husband Jonathan and I traveled to Ireland and hiked the beautiful countryside around Glendalough. It was wonderful – but by our last day of hiking, there was still something I wanted to see.

The area where we were staying was home to a herd of wild deer. Jonathan and I saw track marks in the mud a few times, but no matter which path we walked, we never saw any actual deer. 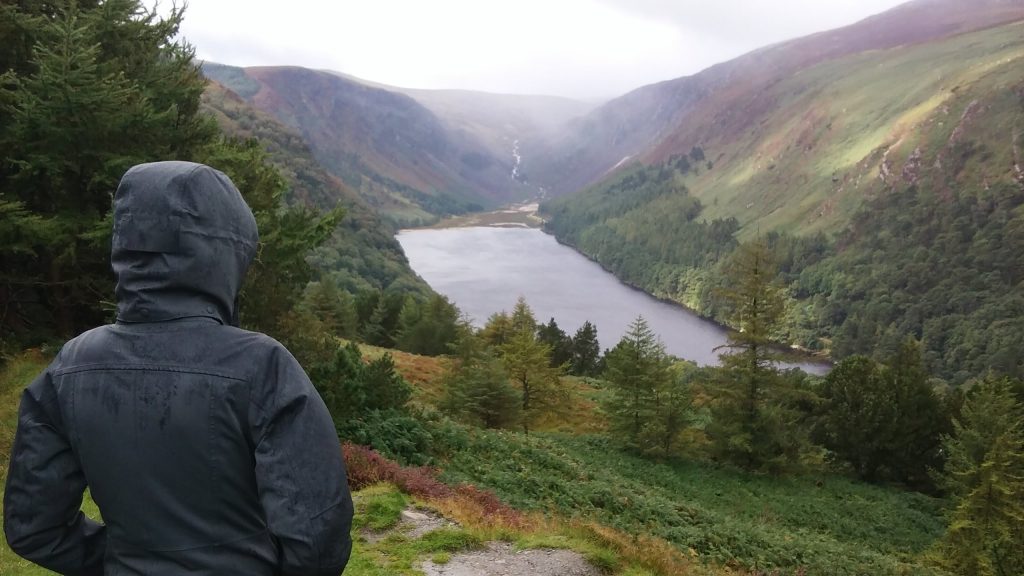 It became a running joke between us: Were the deer even real? Was this a joke that the locals played on tourists?

Longtime readers will know that the deer is my spirit animal. I wanted so much to see them.

Then, of course, the familiar critical voice kicked in: “Seriously? Privileged much? You’re already in Ireland! You’re already having this spectacular trip! How ungrateful of you, to ask for more!”

The harpy in my head was loud – but after days in nature, I was able to gently say, “Yeah. I know. It seems like too much, and that scares you. I get it. And also: I still really want to see the deer.”

At the time I’d been reading Martha Beck’s book Finding Your Way in a Wild New World, so I decided to try an experiment.

On the morning of our last big hike, I sat on our bed, closed my eyes, and dropped into stillness. I did my best to follow Martha’s instructions and “call” the deer.

My judging mind thought this was crazy, but I did it anyway. What did I have to lose?

Jonathan and I had planned to hike to a town called Glenmalure, but en route we discovered an unexpected trail closure.

Since we wouldn’t be able to follow the path we’d planned, we just decided to keep going up Derrybawn Mountain and over it. 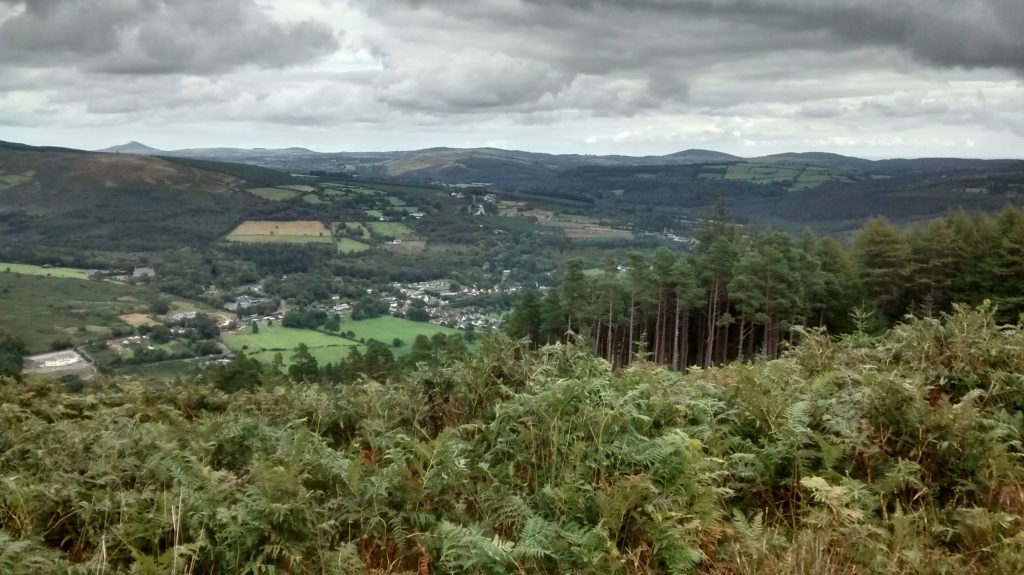 This was another “crazy” decision – going up the mountain meant a much harder hike, and it also meant that we’d forgo the scheduled pick-up at the end of our route.

But at the time, it just seemed like the thing to do. There was a gorgeous view and thrill of being the only ones so high up on the mountain that day.

It was one of those times when everything just felt right – even with the puddles and mud and challenging climbs, there was this sense of exhilaration within me.

This, too, was magic: I’d had major surgery about a month prior and I’d been concerned that I wouldn’t be able to hike as much as I wanted to.

But that day, I felt strong. I felt aligned. I felt like myself.

Near the very top of the mountain, we walked through a section of trail where the grass was high around us. We were so focused on getting through it that we didn’t look up for a bit. But then.

We looked up.
I gasped.
Because there they were.

It wasn’t one deer. It wasn’t two or three.

It was the whole herd standing in a line on the mountain’s highest ridge and looking down on us. Twenty five wild deer at least.

If I live to be a hundred, I will never forget the feeling I had when I saw the herd. It was the most terrifyingly majestic sight.

That day I understood why biblical characters are always terrified when angels appear to them.

Yet the angels always say, “Don’t be afraid.”

Some questions to consider:

What if the closed road is as much a sign as the open one?

What if the way to what you want isn’t the way that you planned?

What if you’re spending all your time in the valley, where you think it “makes sense” to be … but the magic is waiting for you on top of the mountain instead?

And what if it’s even better than you dared to ask for?