I started writing a book back in 2015. After about a million rewrites, I’m very happy to share that You Don’t Owe Anyone will be published by Broadleaf Books a year from yesterday, on April 20, 2021.

It’s a book about what happens when you decide to free yourself from the weight of expectations, both internal and external. It’s one woman’s story of trying so very hard to be perfect, then learning to trust herself instead.

It’s a modern twist on divine grace; You Don’t Owe Anyone is what happens when you realize that you have no relational debt to pay.

That’s one way of explaining it, at least. But you know me, I’d rather tell you a story.

“Write a fairy tale about a dragon.”

One of my nearest and dearest friends, Brooke, hosts a free virtual Writing Circle each Monday morning. That was the writing prompt yesterday, courtesy of Brooke’s toddler son.

Pondering this prompt, it struck me that there are two kinds of fairy tales.

In the first kind of story, the dragon – the “bad guy,” the destructive force – is obvious and easily recognizable.

In most Disney movies of yore, you could see the villain coming from a mile away. Think Scar, Jafar, and Ursula the Sea Witch … these folks are obviously not good news.

In the second kind of story, the destructive force comes in disguise. The dangerous dragon appears as a beautiful dream, and the redeemable character looks less-than, even ugly, by comparison.

Think of Disney’s Beauty and the Beast. Gaston looks great on the outside; the Beast, not so much. But it’s the Beast who has the capacity to change, and to love.

This second sort of story is trickier … and much more realistic. And something about that idea compelled me.

So rather than do anything close to a traditional book launch announcement, I wrote this fairy tale for you. Let’s call it, “Regina and the Dragons.” 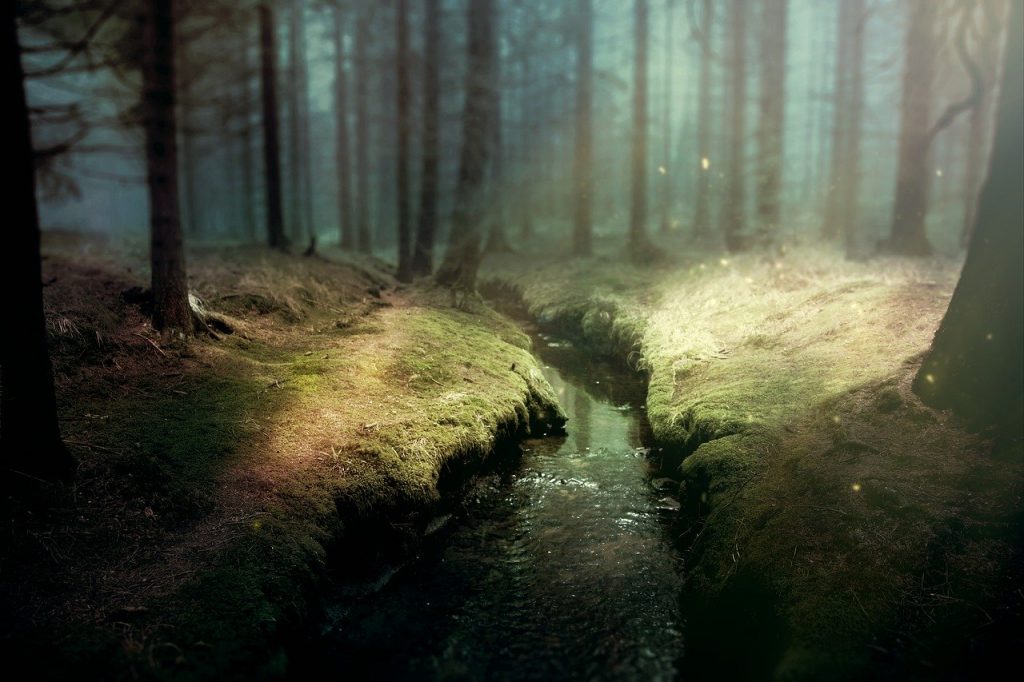 Regina and the Dragons

Once upon a time there was a girl named Regina. Her parents loved her, but they died when she was small, and she could barely even remember them. All that they left her was a tiny necklace in the shape of a key, which she wore close to her heart every day.

The family that adopted Regina were called the Dragons. When she was still tiny, they took her to their Dragon kingdom far away from the place that she was born.

They claimed to love her, but their love was consumptive. They were exploitative at best, abusive at worst. The Dragons presented themselves as benevolent and giving, but they were harsh behind closed doors.

Since Regina was smart, she adapted quickly to her new family. She figured out that the way to be safe was to be “good”, so she worked hard at that every day. She did what she was told. She followed the rules and did her chores and earned gold stars at the local archery competitions.

She felt things deeply, but she learned not to let that show.

But at some point, invariably, she’d slip up. She’d cry or laugh when she wasn’t supposed to, or forget to write something down, or tell the truth instead of a polite lie. The Dragons shamed her mercilessly for these “mistakes.”

With every passing year, Regina took her true self further underground. She began to believe what the Dragons told her …

That she couldn’t trust her memory, the part of her that longed for the love she half-remembered. That she was crazy. That there was something fundamentally wrong with her.

Life In the Dragon Lands

Regina grew up to be a woman who didn’t know her own strength. She moved away from her adoptive Dragon family, but the Dragon kingdom was vast, and she still lived in their lands.

Moreover, she kept re-creating the dynamic she knew best. She took on very difficult jobs, and she worked at them relentlessly. She tried hard to help people, some of whom did not want to be helped. She kept giving to others in need, even when she was exhausted.

Regina earned all sorts of accolades and commendations for her work. Yet increasingly, she felt life energy draining from her body. She became physically ill and deeply depressed, for reasons that no doctor could ascertain.

The Dragons in her life – past and present – implied that this mysterious malady was her fault. If only she’d been better, braver and stronger, then she wouldn’t feel this way.

So she kept upping her workload, because she wanted so badly for the Dragons to think that she was good. That only made her more tired, which made her feel worse about herself.

On and on the vicious cycle went, until one day an old woman named Matrina showed up.

Matrina walked with a limp and wore mismatched, rumpled clothes. Her speech was a bit stilted. She looked rather odd and out of place, but Regina felt calmer with her near. There was something trustworthy and true about her eyes.

Matrina also looked hungry and thirsty, so Regina offered her food and water, because that felt right.

As they ate and drank, they started talking.

Matrina asked good questions, and before she knew it, Regina found herself spilling out her story. The early loss, the years of pain and trauma, the recent illness … it all came pouring out.

The older woman listened patiently for a long time. She kept still and held space for the flood of words and tears.

And then when the words and tears had spent themselves, Matrina said:

“Honey. Listen closely to me. We have got to get you out of here. You must leave the land of the Dragons now.

You’re not crazy. You’re just quite far from your true home.

This isn’t the place for you, and deep down you know that. You need to learn how to take care of yourself, to heal from all that has happened. And you cannot do that here. You know it in your bones.”

“So, there you have it. You have suffered enough here. The road ahead is long, but it will restore you to yourself. It’s time to go.”

“But how can I just leave? I don’t even know where I come from, or how to get there from here! It’s too complicated! Not to mention selfish!”

“I know it feels that way. That’s because for almost your entire life, the people around you have taught you to be true to them rather than true to you.

If for just one moment, you asked yourself what you want … what would that be?”

“Yes, honey. That’s a true answer. You want to go to a place where you are loved, where you can be yourself. And I’m here to help you get there.”

“But they told me it was impossible! So how will you do that?” Regina asked.

“I will help you to remember that which you already know. I am here to remind you of the key that you have always worn around your neck.

Your birth parents gave that gift to you as a reminder: No matter where you find yourself, you are fundamentally free.

You do not belong in the Dragon lands. If you stay here, you will continue draining your life force, growing weaker and sicker by the day. But if you walk with me now, we will go toward your true home.”

“What is it called, my home country?”

“It is called the Land of the Living. It’s where you were born and where you belong. It will be a long journey, yet undertaking it will also restore your strength.”

“Little one,” said Matrina, “Of course you feel that way. You have had years of the Dragons telling you lies about yourself. They have trained you to believe that you can’t bear to feel fear and uncertainty.

But the truth is that you are bigger than every feeling you’ll ever have. You can feel and encompass and love them all.

You have spent so long here that you have forgotten who you are.”

“That is a question for you to answer for yourself, dear one. I will tell you this much – you are far more powerful than you know. You have a royal heritage. Your name means ‘Queen’ and that is what you are.

But you are not Queen of a place or principality, but rather of kindness. You were meant to bring healing and hope to the world.”

“Then shouldn’t I stay here and help the Dragons more? I know they’re not perfect, but I still love them! What if I lose their love by leaving? Don’t I owe them?”

Matrina reached out her hand and gently patted Regina’s arm.

“You are part of the whole, little one. When you rise, others rise. And those who love you truly want to see you rise.

If you are willing to save yourself and care for your own heart in the Land of the Living, you will naturally help the whole world.

You see, you are actually good. Your deepest truth is goodness.”

“It’s just that … it feels shocking to think of myself that way.”

“Yes, dear. It goes against what you’ve been taught, doesn’t it? But good isn’t about doing everything perfectly. Good is about your true nature, what you do when you listen to your heart.

For example: You offered me kindness and sustenance; I was a stranger, yet you were generous to me.

You are trapped not by a physical cage, but by the belief that you cannot trust yourself.

You are a grown woman now. The Dragons have no power over you any longer, except that which YOU give to them.

They have already served their purpose, which was to bring you to this precise place, this moment, and this decision.”

“You are the ruler of your own life,” Matrina said, “And the choice is always yours. You do not have to walk this road to the Land of the Living with me. But dear one – I would so love to see you home. To see you happy and free.

Will you come with me?”

Regina’s hands were shaking. There were tears in her eyes.

“This means giving it all up, doesn’t it? All of the old ways?”

“Yes,” said the old woman, gently. She couldn’t deny it.

“But if I do – then I get to go to the Land of the Living? The place where I was born, the place I’ve longed for all my life?”

Regina took a breath, and in the space of that breath, she decided.