Ever have one of those days when you feel like a total failure at life?

Ever get so down and discouraged that you’re tempted to give up on your goals and dreams?

Me too. But fortunately, that’s not the end of the story.

Press play below to hear a vulnerable story of how an ugly-cry actually showed me a deeper why. There’s also a transcript below if you’d like to read along.

Did this video speak out to you? Are you a kindred spirit who feels that there’s something you’re supposed to be and do in this world?

If so, book a free Clarity Call and coach with me this week.

Spaces are limited and I’ll only offer these free calls for a few more weeks, so seize the moment!

Hi everybody and welcome. My name is Caroline Garnet McGraw and I’m the creator of The Confidence Course and A Wish Come Clear. Today I want to get real with you. I want to record a more vulnerable video that I ordinarily would. I don’t have a well-organized list; I’m just going to speak from the heart. I’m going to tell you the truth, which is that I’ve had kind of a tough time today. I’ve had a bit of an emotional struggle. That’s putting it too diplomatically; let’s get down to brass tacks here.

I did some real ugly crying today. For any of you who are fans of the TV show Nashville — I’m a couple of years behind the curve on this ridiculous soap opera — but I’m a little bit hooked on the first season. And I actually woke up with that Juliette Barnes song stuck in my head. [Sings]: “Imma stay up drunk on wine, hurt like hell and ugly-crying black mascara tears.”

I’m not a country singer, obviously, but I had the black mascara tears happening today. It was pretty ridiculous. I’ve since touched it up but here’s the deal: I just got really discouraged. I had a couple of things that I was hoping that would happen that didn’t happen, and I just got to that point where I was asking: “Why am I even trying so hard? Why am I doing this? Why am I working, why am I writing and speaking and coaching and doing all these things that I do? What’s the point? It just feels so hard.”

Part of Me Wanted to Quit

And that’s when the ugly crying started. I was really embarrassed, you guys I literally I had to pause the Zoom call and cut off my video to run and get tissues. It was not pretty. But my coach was very patient with me, and just sat with me through the ugly cry. And when I finally got through all of the discouragement what came out of me was this story. (I’ve posted about it on A Wish Come Clear but I’ve not really talked about it with The Confidence Course community, and I know I haven’t shared it on video, so here it is.)

There Has to be a Heaven

When I was young, maybe five or six years old … this was before I’d ever been to church, this was before I ever really knew very much about God. But I used to lie awake at night … and maybe I shouldn’t say that I didn’t know very much about God, because I had this very personal experience of feeling connected to something much greater than myself. And I used to lie awake and I would feel so excited by this idea, this reality, that I literally had trouble falling asleep at night because it was so powerful for me.

I would lie there and I would think, “I know that there has to be a heaven. There has to be. There just has to be heaven.” Why was I so sure about this? I was so sure because I believed with every fiber of my being that there had to be a place where I could communicate openly and freely with my younger brother Willie.

And as those of you who have followed me for a long time know, my younger brother is funny, he’s smart, he’s brilliant, and he’s also on the autism spectrum. So communication is a bit of a challenge between us, because autism is a disorder that affects interpersonal communication. 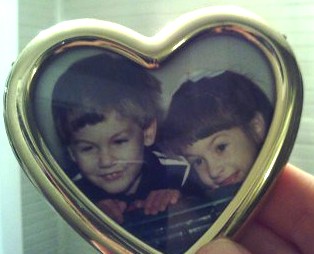 The Limits of This Life

Back then, Willie was not highly verbal. And even now, if I ask him a question I’m not always sure if I’m getting the true answer, or if I’m getting what he wants me to hear. As a side note, I think that’s very true many of our relationships, not just those that involve autism or developmental challenges.

For example I wanted to ask him, “Do you really like Cheerios for breakfast or do you just eat them because that’s the cereal that we have in our house? Or do you like Kix better, and we only get Kix at our cousin’s house?” In short, I wanted a window into his mind and into his heart. I wanted to feel like there weren’t any barriers, that there were no limits. And we were in this world, and there were these limits … Sorry, I’m getting choked up again just talking about it.

I’m not just talking about autism, because obviously that that gave him some limits in communicating with me. I’m also talking about my own limits and lack of understanding. I didn’t know how to best reach him and how to best have a connection with him. Yet I knew and I believed with every fiber of my being that there was a place where those limits didn’t matter anymore, a place where we could just talk to each other and we could just connect. 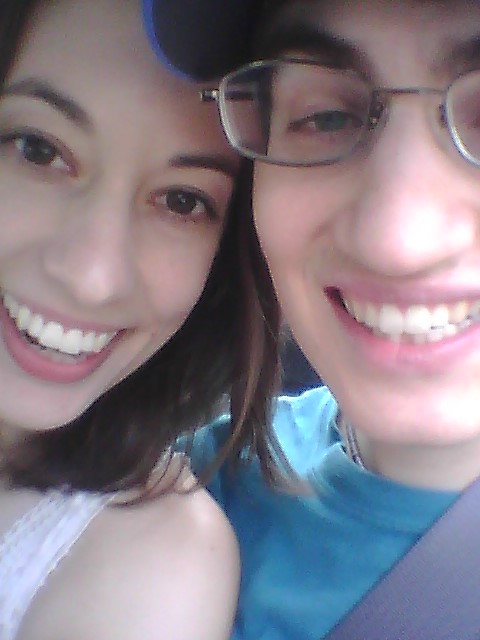 Brother and sister clowning around, 2015

That’s what I remembered today, and that’s when I started ugly-crying. I’m actually glad that I went through this trough, and this feeling of being really discouraged, because it reminded me why I do what I do.

Giving Up Is Not An Option

Here’s the truth: before I started my blog, before I started coaching, I had a stable job, I had an income, I had a really good life. When I started the blog, I was the program director of a wonderful non-profit called L’Arche; it’s an amazing community. When I started doing coaching, I already had a successful freelance business as a copywriter and a development specialist. So it would have been easy to just say, “I’ve got it, I’m safe, I’m covered.” I could just put my feet up and watch as many silly soap operas as I want! But that never really felt like an option for me.

If you’re like me, you have this feeling that you’re meant to be a part of something bigger. It’s not just about you and your comfort level. There’s something that’s richer and wilder and deeper, and you’re supposed to be a part of it, you’re supposed to play a role in it. Martha Beck calls this “the team” and I love this concept, and I adore Martha Beck. The idea is that people just feel that we have a purpose, that we have a calling.

The Team is Here to Save the World

I have that sense, and I have a feeling that you do too … even though I’m guessing that you’re like me in that you’ve had your days where you feel really discouraged. You’re asking, “What’s the point? Why am I even doing this?” But I think a deeper part of you knows why you’re doing the things that you do.

I’ve done so many coaching calls – I’ve done about 20 to 25 calls over these past couple of weeks – and almost to a person, everybody says, “There’s something that I feel like I’m supposed to do.” And I get chills every time because I do too, you guys! I think there’s a thing that we’re really supposed to do!

My Mission in Life

The thing that I feel like I’m supposed to do is to help you remember that place inside yourself – that place that is sacred and eternal, that part of you that knows that there are no barriers.

That’s what matters to me. That’s why my tagline is, “Trade perfectionism for possibility.” For me what that means is, trade the cage for freedom. It also means that you don’t need to be so hard on yourself. I know that a lot of us struggle with this so much. Another way to sum up my mission is: There’s more to you than your inner critic.

Love is Bigger Than Judgment

Let’s get beyond that critical voice. I’m not saying eliminate it; I’m actually saying, “Let’s tap into something that’s more powerful than it.” For me at least, part of being a perfectionist is accepting that this inner critic is my challenge; it’s part of what I face everyday.

What We’re Here to Do

We all have that inside of us … that clear a child who sees beyond all of the pressure we put on ourselves and all the criticism and just sees that we’re here to love each other.

That’s what we’re here for. That’s what we’re made for. That’s our job, in the best sense of the word. So if you have a sense in your life, “There’s something I’m supposed to do and there’s something I’m supposed to be in order to fulfill this higher calling of loving myself and loving others” …. then I really want to talk to you, because I feel like we’re kindred spirits.

That’s all I wanted to say today. Just know that when you tap into that part of you that knows and that trusts, that changes everything. That is more powerful than anything I know.