Have you ever felt yourself deadlocked in internal conflict, bouncing back and forth between the comfort of staying put and the lure of letting go?

Ever struggled to choose because part of you wanted something new, while another part of you needed to keep everything the same?

I have. Once upon a time, I worked as a nonprofit program director in DC. It was a stable, undeniably meaningful job, one that connected me to a caring community and supported my deepest values.

Those things were true, but there were other truths, too.

There were the tears that prickled behind my eyes on my morning commute. There was the relentless thrum of exhaustion, the drumbeat of my jam-packed days.

And there was the whisper of my true self, the one who wanted so badly to be a writer.

For months, two competing camps – Should I stay or should I go? – duked it out in my psyche. I agonized over the decision because I could not get all the parts of myself to agree.

Finally it dawned on me: what if internal consensus wasn’t necessary? What if my eventual choice to leave would always be bittersweet, and never black and white?

As perfectionists, we tend to slide into the danger zone of duality. We are either good or bad, right or wrong, perfect or hopeless.

But what if we had permission to make our choices from a place where doubt and belief aren’t mutually exclusive?

Enter: When In Rome

Most Sunday afternoons I spend at the library, working on new posts for you. One recent weekend, though, I wasn’t feeling well enough to write, so I curled up with a movie called When In Rome.

Truth: When In Rome is not a great film. It’s ridiculous, actually. I love a cheesy chick flick as much as the next person, but I could not fall for this one.

Yet I’m glad I watched it, because one scene taught me something profound.

In this scene, heroine Kristen Bell races through New York in a tiny Italian car with four grown men, desperate to get into the Guggenheim.

As the car hurtles toward the closed front doors of the museum, one of the guys – a magician – waves his hands and says, “I got this. You must all … believe!”

One by one, the other guys chime in:

And miraculously the glass doors open and the car zooms into the lobby.

I see this scene as a great illustration of what it’s like to be human.

We are each of us like the Italian clown car. We contain these different aspects that seem to contradict each other. 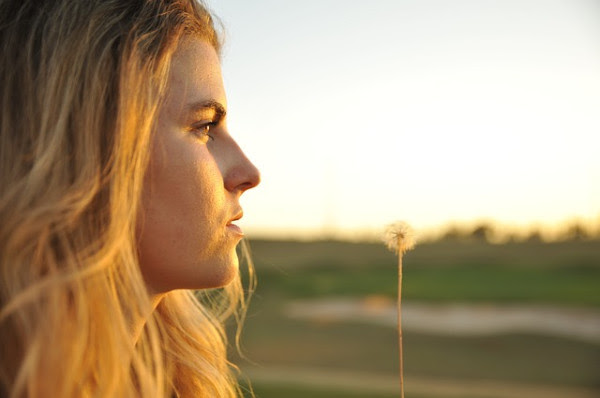 Often we judge the parts of us that doubt. We get down on ourselves for not having 100% perfect faith 100% of the time.

But here’s the thing: we don’t need 100% concord. We don’t need a consensus for miracles to happen. When In Rome drove that truth home for me. (Groan-worthy pun intended.)

The magician says that everyone in the car must believe in order for the museum doors to open … but several people don’t believe, and still the doors open.

Some people have faith and some don’t, but they all make it into the Guggenheim anyway.

Welcome All of Who You Are

Here’s my challenge for you today: to welcome all parts of yourself and accept them as part of your story.

Welcome the credulous and the skeptical, the faithful and the doubting. They’re all there for a reason; they all belong to you.

Here’s what I know for sure:

Even a little bit of belief changes everything.

Ever struggled with internal conflict? Join the conversation in the comments below!

Friends, this week’s essay is excerpted from an edition of Your Weekend Wish, the email series I’ve been sending out weekly this summer. The series is now coming to a close; thank you for reading!

It’s a gift to share stories with you, yet it’s also a gift to take pause and rest. I’ll be taking a five week blogging sabbatical in order to focus on my health and relationships. I plan to return with new stories on Tuesday, September 26th.

In the meantime, don’t forget to enter our Dog Medicine book giveaway! You could win a free copy of this beautiful memoir about how a dog named Bunker helped author Julie Barton to recover from suicidal depression.

Finally, I want to let you know about two new books written by AWCC readers.

Congratulations to both Harriet and Amanda for putting their work out into the world!