Ever wish you had permission to do what you want, rather than what you’re ‘supposed to’ want? Even if it’s something that seems totally out of character?

You’re a workhorse who wants a week off, or a couch potato who yearns to go backpacking. Or maybe you’re a shy, studious college student who longs to cut loose and sing karaoke at a bar.

Okay, I admit it: that last one was me. I used to think that only really confident people could do karaoke, so I never put my name down even though I wanted to. But one fateful night in 2006, I got tired of being afraid.

With a little help from my friends (and wine) I took the mic and stole the show. And by the show, I mean the DJ’s hat. 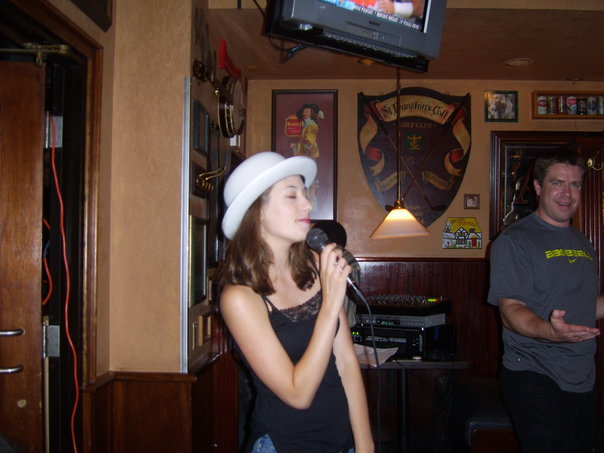 Do What You Want

Granted, maybe what you want has nothing to do with belting out Nelly Furtado at a Houlihan’s. Maybe you just want to tell the truth about how you’ve been feeling, to stop pretending and say, “I’m so mad right now.”

On the other hand, maybe you want to feel free to be as happy as you actually are, without ‘toning it down’ around an Eeyore-esque friend.

But here’s the problem. Whenever you consider doing that thing or speaking that truth, it feels taboo and kind of scary. That discomfort freaks you out, so you don’t act.

But your truest self’s desires can feel threatening. So instead of listening to them, you distract yourself with Facebook or Cats of Instagram.

No judgment – I do it too. But why are we so scared to want what we want?

Well, sometimes it’s because our truth conflicts with social rules we’ve internalized, such as “You aren’t allowed to feel angry at people you love” or “Never seem happier than your friends.”

These rules feel really powerful, so we back down and let them win. Then we feel guilty that we thought about defying them in the first place.

Old self-concepts hold us back in a similar way. We want to try something new, but then we think, “That doesn’t fit in with my image of myself (or other people’s image of me), so … I can’t do it.”

We think that we must stay the same. So change — however positive — registers as betrayal.

A Leap of Faith

For example, a few months back I told my counselor how scary it feels for me to take occasional breaks from daily disciplines like exercise or writing. This happens even if I’m doing things that I really want to do, such as visiting friends.

Coloring outside the lines of my productive routine seems difficult. I like to think of myself as a faithful, dedicated person, and taking breaks messes with that self-concept.

Then my counselor mused, “You know, it’s a leap of faith to nurture yourself if your default setting is to work harder.”

My jaw dropped; I’d never thought of it that way. That one sentence gave me permission to think differently. From then on, I began reframing certain days away from work as leaps of faith, not laziness. 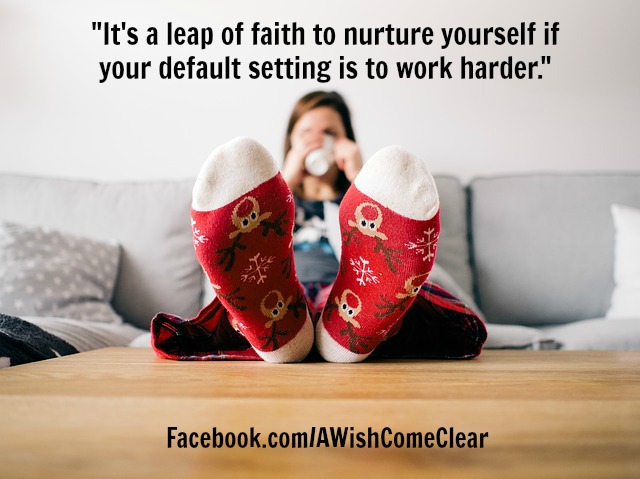 Don’t surrender all your joy for an idea you used to have about yourself that isn’t true anymore.

In other words, don’t give up the fun of karaoke for the belief that you’re not confident enough. Instead, have some wine. Steal the DJ’s hat. You have permission.

Tell me, do you need permission to do what you want this year? Leave your answer in the comments.

Email subscribers who comment will be entered to win a copy of Cheryl Strayed’s Tiny Beautiful Things, a brilliant permission-giver of a book.

The giveaway will run from now through midnight Central Time on Saturday, January 16, which just so happens to be A Wish Come Clear’s fifth anniversary (!) 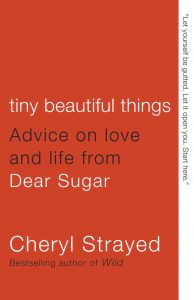 Want to enter the giveaway but haven’t subscribed yet? No worries – you can do that right here.