Truth: I’ve had a draft of this people-pleasing post saved on my computer for months now. Why? Because it’s something that I scribbled down for fun one day.

Since it’s a playful list post, a judgmental voice told me that I shouldn’t publish it. It wasn’t serious writing, so it wasn’t good enough. But then, light-bulb moment: maybe you don’t need serious writing from me all the time.

As Glennon wrote on Momastery,

“I convinced myself that everything I wrote needed to be shiny and shareable and big and amazing. So I started writing essays instead of love letters. Meh. That’s not what we need all the time is it?”

If you’re anything like me, sometimes you don’t need a big, amazing essay. Sometimes you just need to know that another person understands your particular people-pleasing brand of crazy.

After all, some of my favorite conversations with close friends involve confessing the depth of our mental illness to one another.

I love it when one friend says, “I was sitting at lunch trying to manage everyone’s mood, taking full responsibility for the emotional states of people that I just met five minutes ago.”

And I love it when another says, “I was seriously considering renting our apartment to the applicant with no money and tons of debt, just because I wanted to make her happy. What was I thinking?!”

It makes me laugh, because dear God, me too!

When friends are brave enough to tell the truth, you feel safe enough to get real, too. And when you get honest about your crazy, it loses a lot of its power. 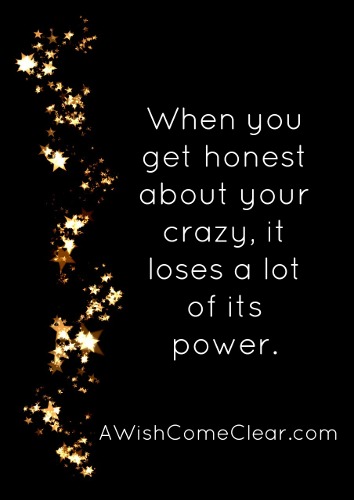 That said, I do plan to post about letting go of long-term people-pleasing. But today, I’m just holding up a mirror. We need to grasp the reality of the situation before we dive in and start trying to fix it, you know?

And now, without further ado …

Top 10 signs that You Tend Toward People-Pleasing

1. You are embarrassed by your actual taste in anything from movies to music to books. You stack your library books in such a way as to hide cheesy titles from the librarian and fellow patrons.

You might even turn off your beloved Florence + The Machine or Fleetwood Mac when your husband’s car pulls into the driveway. You believe that Florence and Stevie are goddesses, but what if he doesn’t see it that way?

Having opinions feels so risky … but covering up your truths feels increasingly icky too.

2. You dress so as not to make waves. You stand in front of your closet thinking, “What can I wear that’s nice enough not to look sloppy, but not so nice that people will think I’m full of myself or showing off?”

As a result, you choose the same ho-hum pieces over and over, while better items remain unworn. Actually wearing the sparkling party top you bought months ago is a big deal. 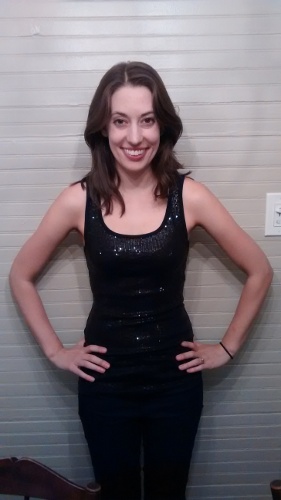 3. You frequently apologize to your pet for living your life, as in, “Sorry, kitty, I know that you don’t like it when I talk on the phone and pay attention to anything other than you.”

One of my favorite authors, Martha Beck, admits to being “… reduced to a nervous wreck because I couldn’t play the piano correctly for my dog.” 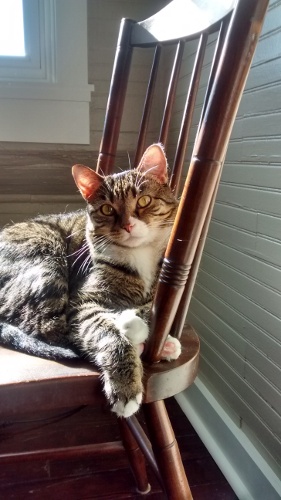 4. It takes a real effort for you to say no to sales pitches, even for items and services you don’t want. When you join a gym and they try to rope you into meeting with a personal trainer (even though you have zero interest) saying, “No, thank you” feels like a major victory.

5. You are extra-nice to people you actively dislike, because you have an internal rule that says that it’s not okay to dislike anyone, ever. And if you do dislike someone, it must mean that you’re bad.

Given this belief, you’re desperate to keep your aversions secret. But a result of this overcompensation, these people start seeking you out! Then you realize that you’ve played your part too well and you are wracked with guilt.

6. You crave the company of people who will tell it like it is. Spending time with forthright friends is like manna for your truth-starved soul. In their presence, you develop a taste for liberation.

7. You’re used to walking around with this energetic broadcast: “If you don’t like me, I am so sorry! I will try to fix myself as soon as possible! Please forgive me for having needs and opinions that differ from yours!”

Contrast that with your aforementioned friends’ energy, which says, “If you don’t like me, that’s fine – you’re entitled to your opinion. But it’s your loss, baby! And either way, I have the right to be myself and to take up space on this earth.”

8. When you feel conflict coming on, the desire to escape is overwhelming. It’s so scary! When your friends start fighting, you duck out and hide in the bathroom.

You’re probably known as the diplomat in your family and friend groups, since you do your best to diffuse conflicts before they start. However, this also means that sometimes you don’t deal with issues and they explode in your face later on.

You’ve learned the hard way that it’s often better to have a messy conversation now than to bottle your emotions and have a furious, exploding-doormat meltdown in five years.

And speaking of anger …

9. You instinctively try to shield other people from your anger. You have a belief that anger is always bad and dangerous, so often you’ll turn anger inward and hurt yourself rather than give voice to your feelings.

As such, only the people closest to you have ever seen you lose control emotionally. You can count on one hand (okay, on one finger!) the number of friends who have ever heard you raise your voice.

10. You seek a group consensus and offer elaborate rationales for your decisions. You feel the need to justify your choices, and you can drive loved ones crazy with over-explanations about why you bought that book or decided to take that day off.

Your most subversive mantra is, “’Because I want to’ is reason enough.”

Can you relate to the items on this list? Join the conversation in the comments!