It’s funny how, without meaning to, we can get stuck seeing ourselves a certain way.

Until recently, I’d feel bemused (and even confused) whenever someone complimented me on my appearance or clothing choices. I’d smile and say thank you, but still, a voice inside would say, Oh, if only they knew …

Sure, I might appear to be a grown woman wearing a nice dress, but inside of me lived a shy, vulnerable girl who chose to wear prairie dresses and cameos in homage to her early literary hero, Laura Ingalls Wilder. Lest you think I exaggerate, I will include photographic evidence. 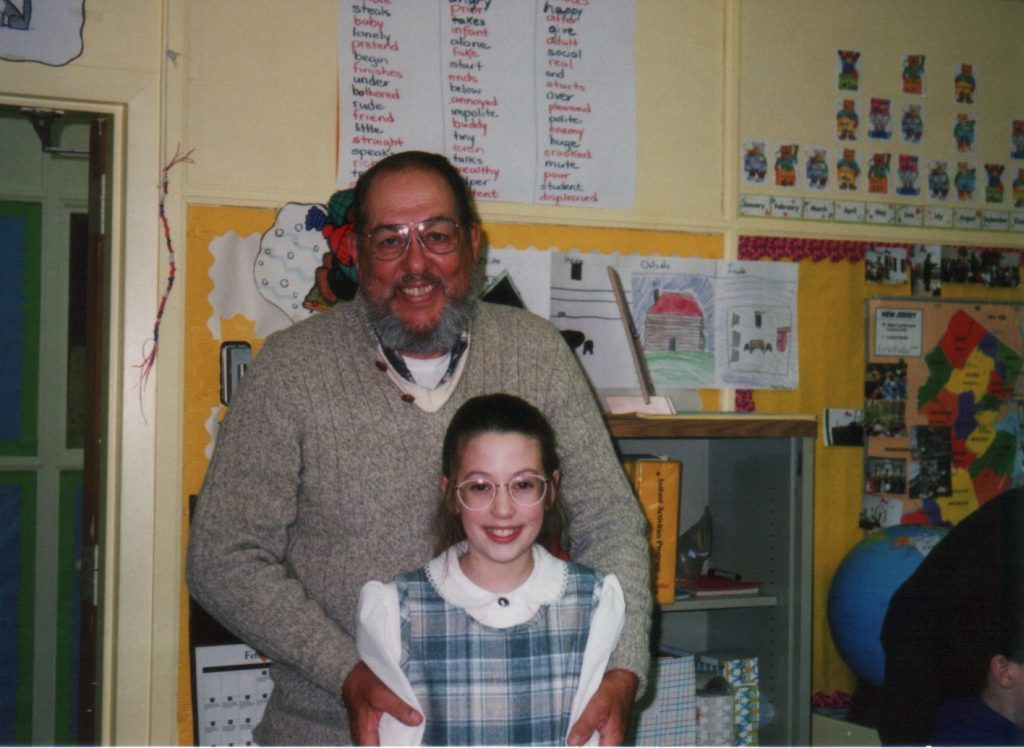 As you’d expect, I got teased about my clothes a lot; even my good friends thought they were weird. I hardly ever felt like I was wearing the right thing, or that I was cool.

By contrast, my husband Jonathan remembers looking around his middle school, wondering at his peers’ collective obsession with being ‘the cool people’. Then he had this epiphany: “Wait a minute … I am the cool people!” I wish I could have gone through life with this same assurance, but then, I’m guessing that this realization came easier for him. After all, he never wore a sunbonnet to school.

In many ways, I’ve moved past that shy-girl identity. Charlotte Bronte is my homegirl forever, yes, but I don’t need to dress like her. I’m learning to be confident in my own shoes, rather than pretending to be someone else. But in times of stress or uncertainty, I slip into old patterns.

It’s a vicious cycle: when I feel vulnerable, I don’t want to be seen, so I shy away from dressing well. But then I feel even more insecure, which makes me want to hide. And I look down at my scuffed, cracking boots and wonder why I have trouble giving myself permission to buy and wear nice things. 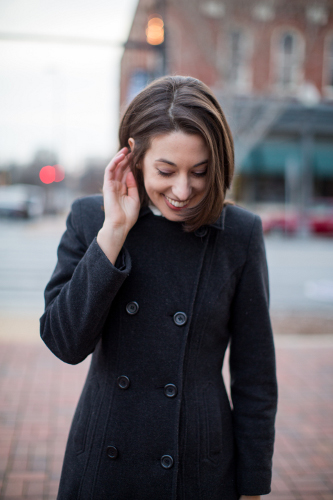 This did not seem coincidental. I felt that nudge in my spirit, the loving shove that says, Let’s start letting some of these old things go, sweetie. It’s time.

So I asked Brooke questions about her decluttering process, and tried to open up to the idea of doing something similar. But I had all kinds of resistance. I am frugal; I like to save, not spend. As a writer, it’s easy for me to tune out real-world details like what I’m wearing or what’s for supper. And sure, those falling-apart yoga pants were pretty bad, but did it matter? Since I’m self-employed, there are days in which the only people I see are Jonathan, Bootsie the cat, and the people at our local library.

But then even the library betrayed my desire to avoid change. As I was browsing the new arrivals, I picked up a small, beautifully-covered book called Change Your Clothes, Change Your Life by George Brescia. This passage struck a nerve:

“Read into the gaps [in your wardrobe basics]. Have you gone through seventeen monsoon seasons without a good-looking raincoat or trench? …. What in your belief system allows you to operate without these basic wardrobe necessities? This can be easier to suss out in a less emotional environment like, say, a kitchen – you wouldn’t go three years without … a pot big enough to boil water, would you?

But we tend to bind up our identities in our clothes, so that instead of realizing we have a simple problem with a simple fix …. we think of it as some kind of insurmountable emotional problem or an innate character flaw – ‘I’m just not a person who has ever dressed well …’ Would you ever say that about your kitchen? ‘I’m just not a person who can keep a cutting board … ‘ See how absurd that sounds?”

I did see how absurd it was. For practically my whole adult life, I’d beaten myself up for not dressing better, while simultaneously refusing to give up ratty clothes, much less buy nice ones. I’d pushed myself to obey contradictory internal commands: dress well, but don’t throw anything away or spend any money.

Finally, I broke free of the double bind. I cleaned out my closet and made a shopping list of the wardrobe basics I lack. I only kept clothes that made me feel joyful and confident; I tossed or donated items that made me feel as poor as a beggar in a Dickens novel.

There were a surprising number of unlovely freebies: the stained neon running shirt, the zebra-striped shorts, the bulky jacket. Every time I wore these pieces, I had to tune out the inner voice that said, Ugh, I really don’t like this.

I found it most difficult to let go of worn-out items that were gifts from beloved people. My mom gave me those yoga pants, and they’d been cute before I’d worn them every week for two years. My friend Rachel gave me that satin top, and it had made me feel glamorous before it discolored.

There was sadness in letting these things go, but there was also a tremendous rush of energy. Facing up to the truth about my clothes made me feel great, whereas staying in denial depleted me. When I let them go, it made me feel like I could be trusted to lead my own life.

That’s the thing about decluttering: it’s a tactile truth-telling exercise. To me, cleaning my closet is not about being wasteful, spending lots of money, or becoming a fashion plate. Instead, it’s about practicing self-honesty.

The Power of Honesty

When I get real about which clothes look good, I can tap into that honesty in other areas of life. It’s transitive. Admitting that a shirt’s life is over somehow empowers me to see what else in my life is over, too. This is a game-changer for those of us who spend our days wrapped up in stories of what was or what might have been.

And paradoxically, wearing clothes that fit and look good frees me to focus on other people. When I go out for a run in athletic clothes that aren’t rags, I am more likely to smile and be friendly. When I push myself to wear a fitted jacket instead of my pajama fleece, I feel better about walking into the world. Ever since I made the resolution to dress better, I’ve felt the weight of self-consciousness lifting.

But even if I don’t see anyone when I’m wearing nicer clothes, I’m starting to believe that feeling good about myself is reason enough.

As Liz Gilbert wrote so beautifully in Eat, Pray, Love, “ … I will leave [Italy] with the hope that the expansion of one person – the magnification of one life – is indeed an act of worth in this world. Even if that life, just this one time, happens to be nobody’s but my own.”

With that in mind, my current task is to (mindfully) acquire some new clothes. Unsurprisingly, I feel guilty about this, because part of me still believes that it’s wrong or selfish or frivolous to purchase clothes.

Spending is hard for me in general, but I also find certain types of purchases more stressful than others. I buy books and notebooks with relative ease, because I’m comfortable thinking of myself as a reader and a writer, a ‘brain’.

It’s harder to buy nice food and clothes, because I struggle with my status as an embodied human being with physical needs. When I do manage to buy fresh blueberries or leather boots, it’s a victory. It’s me honoring my body, and this real life I’ve been given. 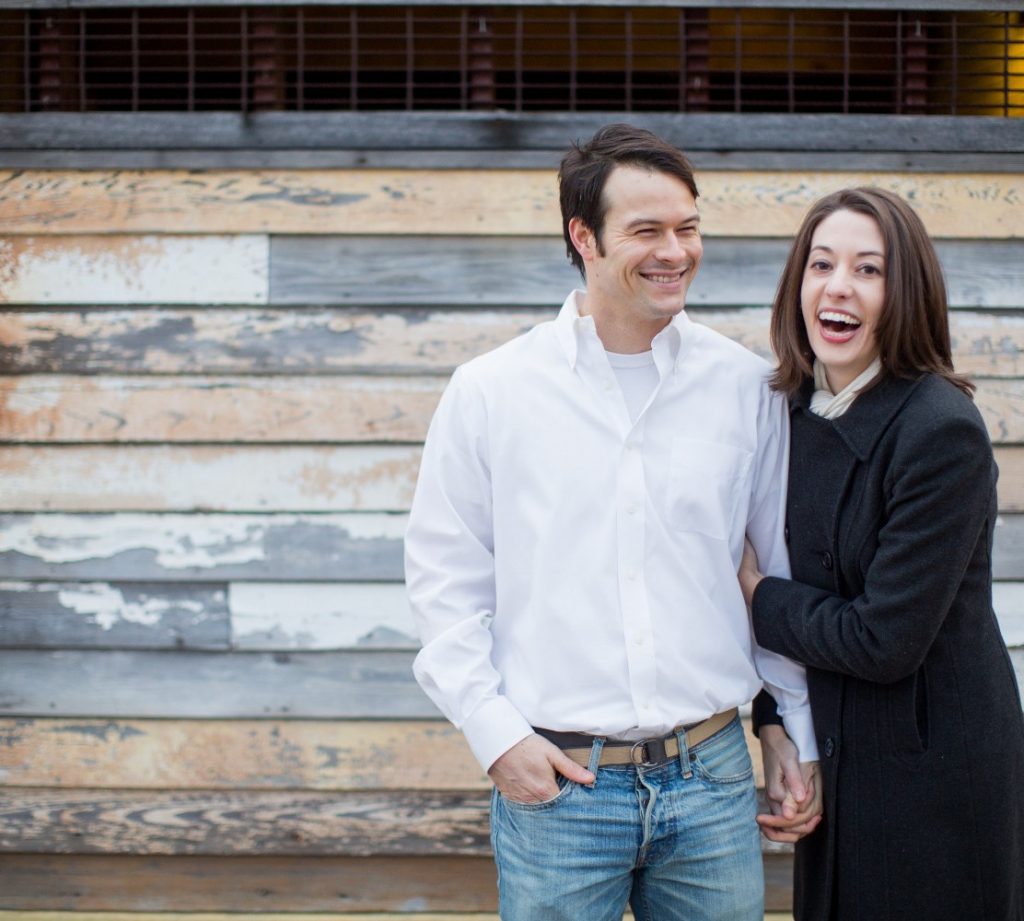 And when I chose to care for my physical self by dressing better, that decision rippled outward. When I tossed my shabby clothes last month, I discovered a decreased tolerance for shabby behavior. I stopped making excuses and started making changes.

It would be nice to take this newfound energy on a shopping spree, but instead I’m rebuilding my wardrobe slowly and strategically. (Last month, I purchased one t-shirt, one purse, and one pair of shoes.) However, simply getting rid of the duds in my closet has made a huge difference in my life. Yes, I do laundry more often, but it’s worth it.

When I started wearing the nicer clothes I already had – when I dressed for each day as though I was a person of value – something shifted. I began to value myself. And that’s why I don’t mind telling people that my new year’s resolution is to ‘dress better’. I don’t mind if they laugh, because I’m laughing too.

It’s funny to look at the old limits I put on myself, to see how flimsy they turned out to be.

Have you cleaned out your closet lately? What’s your experience with daring to dress better?

Leave a comment, and be entered to win a new book! (See below for details.)

Update: Congratulations to Carolyn, the winner of the free copy!

Friends, thank you for warmly welcoming my friend and fellow writer Brooke Adams Law to this space last week! Your support and encouragement meant so much to both of us. Just a reminder that her newest digital book, Journeying Through Lent, is available on Amazon for $1.99.

Also, I wanted to let you know about another book I enjoyed recently: Andy Steiner’s How to Survive: The Extraordinary Resilience of Ordinary People (ThinkPiece Publishing, 2015). 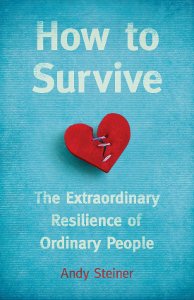 The latest from ThinkPiece Publishing!

The Amazon summary notes, “Survival books tend to focus on the exotic, like a plane going down in the mountains. This one is for the rest of us. Andy Steiner explores resiliency in the face of such difficult life events as the death of a spouse, the loss of a child, the distress of bankruptcy, the trauma of a heart attack, and more.”

The ThinkPiece team published my latest Kindle Single, I Was a Stranger to Beauty – in fact, mine was the first book they ever published! – so I get to enjoy fun perks such as advance copies of books from fellow ThinkPiece authors.

And so I want to pay it forward. Leave a comment on this post, and you’ll be entered to win my print copy of How to Survive. I’ll select a winner by random drawing on Monday, March 16. Good luck to all!