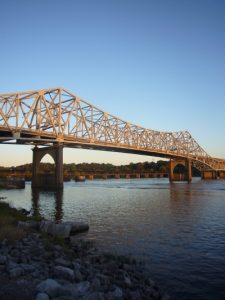 Even though I know better, I usually think, Dang, that person really has their life together! They glide through their days with a soft glow surrounding them … no zits, pit stains, or problems! That is so not my life …

As you’ve probably guessed, A Wish Come Clear has a new video in the works, thanks to the talented team at Armosa Studios. But excited as I am about sharing the video with you, the behind-the-scenes story comes first.

Why? Because I am always so relieved when other artists debunk the illusion of perfection. I feel so much better when they are brave enough to say: Honey, I may have had the honor of working with some talented videographers, but I am NO stranger to acne.

On the day of the shoot, I was … a little nervous. But I worked hard to prepare, and drove off with my husband’s encouragement in mind. “You’re gonna knock it out of the park!” he said, fake swing and all. Neither of us are baseball people — we’re more reading at home people — and I was touched.

But then I missed a turn — that elusive turn! — and I had to go back and forth over the same bridge. It was so frustrating, because I could SEE where I needed to go, but I couldn’t discern how to get from Point A to Point B.

Eventually, I figured out how to get to Point B … but by then I was 15 minutes late. I tried to remember the perfectionism cure I learned this week: It’s a great day to make a mistake. I took deep breaths. And the presence of dear friends at the shoot helped; they reassured me that everything was all right. 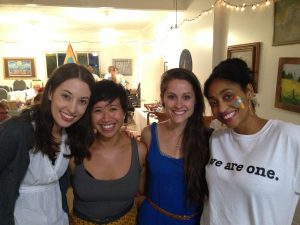 But I didn’t even figure out how ironic this whole situation was until I started saying lines from my own script. Writing a 60 second script means allowing only the essentials to remain … and what had I deemed essential for us, for A Wish Come Clear?

After that humbling realization, the shoot flew by. I was having fun! (I was also sweating profusely, but hey, that’s what August afternoons in Alabama do to you.) And then …

“The water looks beautiful right now,” the filmmaker said, staring into the viewfinder.

I gazed out over the bridge, following his line of sight. It was sunset, and he was right. “It really does,” I replied.

“Yeah … but you have to see it through the camera,” he said, stepping aside.

And it was … magic. Everything, everything was shining, radiant. It was as though the water had stars in it. It was just a different lens … and it was another world. It made me think that maybe heaven, as Anne Lamott says, really is just a new pair of glasses. And that, as Stephen Mitchell writes, “It is as if the world we perceive through our senses, that whole gorgeous and terrible pageant, were the breath-thin surface of a bubble, and everything else, inside and outside, is pure radiance.” 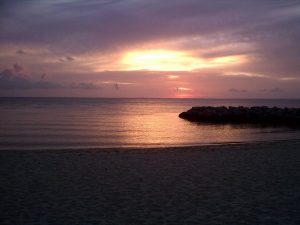 When I looked through the new lens, everything around me was illuminated. And in an instant, my thoughts were transfigured too; I went from doubt to gratitude in the blink of an eye.

Instead of thinking that I maybe I didn’t ‘deserve’ a professional video, I recalled my friends, who took time out of their full lives to participate in the shoot.

Instead of stressing about how the video would turn out, I remembered my husband, swinging an imaginary bat, effectively saying: You’ve got this. I believe in you.

Instead of worrying about future readers, I thought of you. You show up each week, sharing your stories, wisdom, and encouragement with me, and I am so privileged to write for you.

In the end, I saw what was right in front of me all along: the whole gorgeous and terrible pageant, with radiance within and around it. I saw all of us, just doing our best to live and love well.

And what could be more beautiful than that?

Thank you to everyone who contributed to our our charity:water campaign! Together, we raised $365, exceeding our goal of $350! Thanks to your gifts, 5 people will have access to clean, life-giving water.

Thank you for your generous support!