One Tuesday night this winter, I was babysitting my friends’ children, three-year-old Eliza* and one-year-old Mitchell.*

I watch them on a weekly basis, so I have a working knowledge of their routines and habits. But on that particular Tuesday, Eliza did something I didn’t expect.

When she noticed her brother Mitchell getting a little fussy around bedtime, she stepped closer to him and looked into his eyes. He grew still. Then she stepped away, her hands partially covering her face. And then … 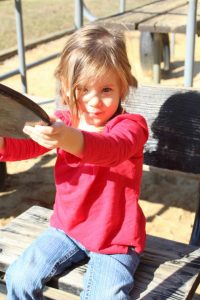 “Ah BOO!” Eliza exclaimed, moving her hands away from her face in a ‘ta-da’ motion. Her expression was confident; she knew this would make her brother happy. It was a modified version of peek-a-boo, and Mitchell loved it. His face lit up. His laughter overflowed, bubbling together with hers.

I wish I could play that sound for you; if you heard it, you wouldn’t be able to help but smile too.

In fact, if there’s ever an election wherein we as a human race decide on an official sound for delight, I would vote for this: a baby boy and his toddler sister, laughing together.

The sound of siblings, enjoying life together as only they can.

As regular readers at A Wish Come Clear know, I have one sibling, my brother Willie. He’s two years younger than I am; he’s brilliant, thoughtful, and hilarious. He’s also on the autism spectrum.

Growing up with Willie meant ‘leaving normal.’ It meant knowing that my brother was different from other kids. It meant learning oh-so-early-on how to smooth over the rough waters Willie would leave in his wake.

I’ll be the first to say that sibling relationships aren’t always easy. Here in the grown-up world, it’s not always peek-a-boo fun and games. Far from it. Being Willie’s sister has meant laughter and love, yes, but it’s also meant pain and loss.

I was there when Willie was diagnosed. In fact, it’s my first memory: playing on the jungle gym in the waiting area of the diagnostic center. Waiting for my mother to return. Her holding me; me not knowing why she had tears in her eyes.

I was there when Willie ran away from home as a little boy. I felt the fear of losing him, and the embarrassment of having the police pull him out of the local duck pond. 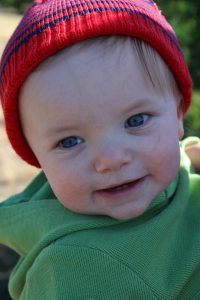 And young as they are, Eliza and Mitchell aren’t exempt from all this. They may not have to face the challenges of autism, but they will have ugly moments. They will fight. They will resent one another, if only for a time. Even if they love each other, they will probably say, “I hate you,” at least once.

So the question isn’t whether or not they’ll have those moments; they are human, so of course they will. The real question is: what will they do afterward?

Will they forgive? Will they apologize? Will they choose love and acceptance, even when bitterness tempts them?

Will they remember the power of shared laughter, the deep-down connection they’ll always have?

I hope so. Because for all the difficulties that have come with being Willie’s sister, I wouldn’t trade it. Not a chance.

Even though we’re all grown up, I still know how to make my brother laugh. Willie loves wordplay, and he’s thrilled whenever I put the ‘wrong’ word into the ‘right’ phrase. “I’ve been dreaming of a wish come … clear!” I say, and he’ll crack up.

And I know the best way to get his authentic smile on camera: I reach over and tickle him just before I snap an arms-length photograph. I know these things, and many more.

There’s so much that we don’t know about autism; so much of my brother’s mind is a mystery. And maybe that’s why I cherish ‘ordinary’ moments with Willie. Maybe that’s part of what makes talking on the phone, going for walks, and playing ping pong together so special.

I didn’t mean to cry, but I couldn’t help it. If you’d been there, I think you would have done the same. And it wasn’t just the sweetness of peek-a-boo, or the unexpected surprise of seeing Eliza comfort her brother.

The sound of their laughter moved me, quite simply, because it was all too familiar.

Are you a sibling? Celebrate National Siblings Day (April 10, 2013) by posting a photo of you and your sib on Facebook! Visit The Sibling Leadership Network’s Facebook group to post and learn more.

The Sibling Leadership Network exists to help siblings of individuals with disabilities navigate the challenges they face as family members. We make sure that they’re prepared to advocate along with their brothers and sisters, and we promote the issues that are most important to their families.

Fed up with an ‘impossible’ sibling? Tired of a family situation that may never change?

Pick up I Was a Stranger to Beauty (ThinkPiece Publishing).

More New Posts from Yours Truly: