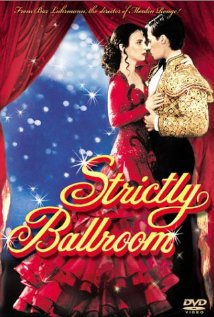 If you’ve never seen the movie Strictly Ballroom, I recommend that you remedy this oversight immediately.

But it’s more than that. I love Strictly Ballroom because it’s a story about active rebellion and the gift of doing things differently, getting perspective and attending to the essentials, and celebrating and accepting people as they are. It’s what A Wish Come Clear is all about. (Except around here, we have no feathers on our attire.)

For those of you who haven’t seen the movie, a brief synopsis: Scott is a ballroom dancing champion, the son of ballroom dancing champions who have trained him to be the best of the best. Fran, by contrast, is a beginner who stumbles around ballroom class in giant glasses and oversized t-shirts. The pair have one thing they have in common: they both want to dance original steps and ‘break the mold’ of current ballroom dancing. When they dare to dance ‘their way’, it changes everything.

At first glance, Fran’s Grandmother doesn’t look like much. She’s poor. She’s also short and Hispanic, with grey hair and black glasses. She lives on the fringes of society, out by the train tracks. She’s not fashionable or glamorous, but still, there is something about her.

And for that reason, she has become my favorite image of the Divine. Imagine: God as a little Hispanic Grandmother, an unassuming woman who has life-giving force in her. A woman who lends her support at key moments, changing lives with the truth she embodies. “A life lived in fear is a life half-lived,” she says.

And when Scott and Fran are about to dance their ‘forbidden’ dance, they hear the Grandmother’s voice in their minds. She tells them, “Listen to the rhythm. Don’t be scared.”

I’m thinking of the Grandmother because I need her wisdom. This week, I began sending out a book proposal, a project that I’ve been working on all summer. I’m proud of this writing, and I’ve received encouraging feedback thus far. Yet I’m scared of vulnerability and rejection. This is somewhat ironic, given my subject matter.

My forthcoming book is about my friends at L’Arche*, vulnerable people who have had more than their fair share of rejection. As such, the book is an act of defiance; I want my friends with special needs to shine. I want many more people to see their beauty, their strength. So I’ve made a commitment to see this project through. 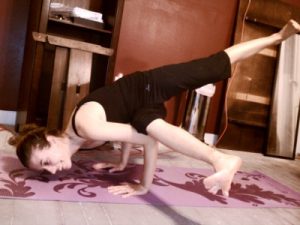 As such, I have to push aside the fear and dance. For me, that means that I’ll keep submitting my proposal. ‘Dancing’ in this way brings me to the liberating realization that, in the end, it’s not my business how people will judge me. Instead, it’s my business to listen to the rhythm.

Like the couple in Strictly Ballroom, I’ve put together something that breaks society’s rules, something that comes from the heart … and it’s terrifying. But then I, too, hear the voice of the Grandmother. As I listen, I realize: She sounds like my friends from L’Arche.

Many of L’Arche’s members are like the Grandmother: aged, poor, foreign, and marginalized by society. But like her, they are also young at heart, rich in welcome, wise in words, and audacious in spirit. And they are the ones I will choose to listen to today, because we always have a choice. We can choose the loud, feeble din of our own fear, or we can choose the quieter, stronger voice of love.

For me, the voice of love sounds like my friends at L’Arche. They are the point on which my story turns. And today, they tell me …

Listen to the truths you know in the soles of your feet.

Listen to the steady thrum of stories in your being.

And when you do, you won’t have to be afraid.

How might you ‘dance your dance’ this week? Join the conversation in the comments section below!