Note: there’s a giveaway AND a special announcement at the close of this post — so be sure to read to the end!

Recently, I watched the documentary film, Loving Lampposts: Living Autistic as research for a feature piece I was writing for Autism After 16, wherein I interviewed director Todd Drezner. Within minutes, his film had me captivated. The documentary explores the nature of autism, asking the tough questions: what causes autism? Is there a ‘cure’? How do we best support individuals with autism, and how can we learn more about their inner worlds? Drezner includes scientific research and interviews with professionals, but what stands out most about the film are the personal stories, the interviews with parents and adults on the autism spectrum. 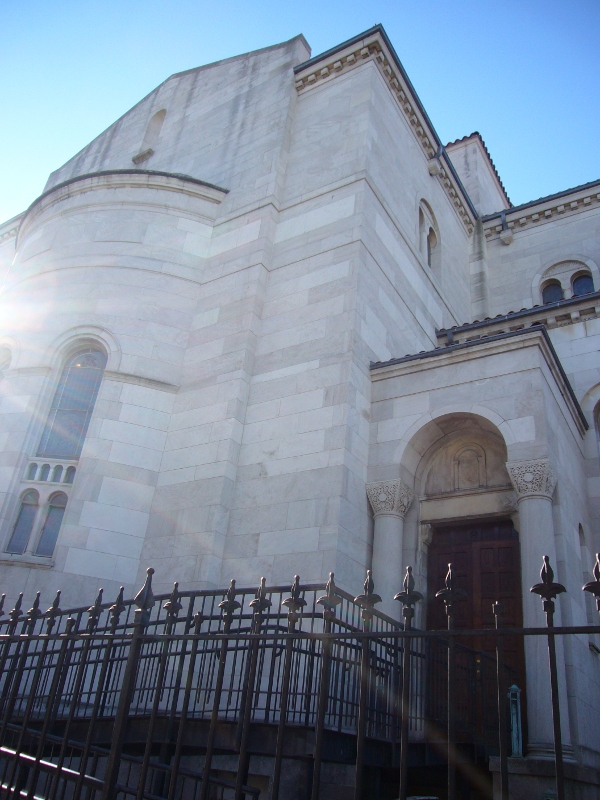 Specifically, I remember an interview with Sharisa Joy Kochmeister, a woman with autism who was perceived as having a very low IQ…until she had the opportunity to utilize assistive technology to communicate. Nowadays, she’s an honors college grad who’s self-publishing a magazine, as well as teaching, speaking, and advocating for adults on the spectrum.

In Drezner’s words, “[Filming Sharisa] was very eye-opening because the difference between outside appearances and what’s happening inside her is so great. Seeing such a ‘low functioning’ person who was actually so brilliant really brought home that some of the ways we think about autism are not fully accurate.”

For example, when asked about her perception of the nature of autism, Sharisa typed a reply into her computer. Her gaze was focused, determined. In the pause between her typing and the sound of the automated voice, I felt a chill run down my spine, and my breath caught as the computer intoned her words: “Autism is a gift disguised as a dilemma.”

That bold statement reminds me of my friend Miguel*, someone who has taught me about beautiful gifts hidden within terrible dilemmas. Though Miguel has a high level of medical need, he’s one of the strongest people I know. And one particular experience illumined that strength for me.

I was sharing time the hospital with Miguel, something that, unfortunately, happens on a semi-regular basis. Usually, sharing time at the hospital means translating his Spanish into English for nurses, helping him to do stretches so he doesn’t get bed sores, and allowing him to steal all your pens and place them in his mochila, the small, black carrying case he loves. On this day, however, sharing time meant something more.

The real version: Miguel’s doctors told me he needed a central line. I helped them to contact his guardian, and she gave consent. When I learned that she can’t be there, I suddenly realized: I’m going to be the one to help him get through this very painful procedure. True, I knew some Spanish, and I’d cared for Miguel for several years, but neither of these things seemed like enough to get us through what was about to happen. Miguel had had central lines before, but, in the words of his guardian, “It’s awful. We do everything we can to avoid it.”

She was right. It was awful. Within moments, Miguel knew what was coming, and he started making small, scared sounds. I stayed close, touching his hands, his forehead, whispering every reassurance and endearment I could think of. I kept saying, “Por favor, amor…no te movas.” (Please, love, don’t move), because even small movements on his part would dramatically increase the pain he was feeling.

The doctors were nervous; they didn’t know Miguel, and they were afraid he might not allow them to put the line in. For my part, I was afraid of the same thing. Miguel needed the line, but I wasn’t sure he understood that to the extent that he would allow them to insert it, and inflict a great deal of pain in the process. I wasn’t sure if he’d be able to endure it. And, deep down, I wasn’t sure I would be able to endure it. I saw blood on his pillow, and terror in his eyes. Part of me wanted to flee.

But a better part stayed me. A better part knew that, while I might not be the ideal candidate to help him through this, I was the one who was there, and I had to step up. I had to trust in our relationship, to trust that, despite my faltering words, my love for him would not falter. My stomach shuddered as Miguel cried out, but still, they were getting the line in. I kept saying, “Mirame.” (Look at me.) Look at me, Miguel. I kept steady eye contact with him, knowing that all I could offer was my willingness to go through this pain with him. To not leave him alone and in agony.

And as I looked at him — this man who the world considers profoundly disabled — his gaze fixed on mine. Strange as it may sound, we had each other’s full, focused attention, even as the procedure continued. As our eyes locked, I felt something I can hardly describe, a sensation of reality opening up in a new way. It was akin to the shiver that moved through me later on, when I heard Sharisa speak those profound words about autism. It was the experience of seeing someone the world perceives as weak, and realizing that their incredible strength was what truly defined them. (Ah, the strange benefits of being wrong!)

As I looked at Miguel, I could see that, though he felt the excruciating pain of what was happening to his body, he’d arrived at a place of surrender. He had, in some profound way, accepted his frailty, the pain, everything. (I use ‘acceptance’ in the most powerful sense; acceptance in the sense of being fully, fiercely, gracefully present to what is.) When he looked at me, I saw no blame, no recrimination.

Instead, I saw love. He knew that I loved him, and I could see that he’d made a choice to trust me, even in his agony. This man, who the world considers profoundly disabled, taught me about real love that day.

Have you ever experienced a ‘gift disguised as a dilemma’? Tell me in the comments!

All commenters will be entered to win a free copy of the Loving Lampposts: Living Autistic DVD.

Thank you to those of you who purchased Love’s Subversive Stance! I deeply appreciate your generosity.